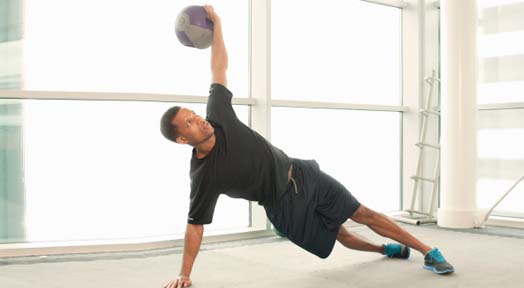 The fitness industry has become so revolutionized today that its hard not to watch these countless number of late night ads showing a vast amount of gadgets filled with promises to improve core strength, performance and of course the six-pack anti-rotation exercises abs.

Sadly half of these acclaimed contraptions have failed to provide the results that have guaranteed customers with the other half only serving as a quick device earning you the next trip to the emergency room at your local hospital.

The true fact of the matter is that firstly so many of these products are so outdated in their training methods and secondly their initial design was never truly intended to train for the development of core strength.

Beginners as a result will often become swayed with these overwhelming promises and contraption offerings many because of their limited understanding to the true nature of what exactly core strength is.

What really works to strengthen your core

In a simple explanation, core strength is achieved from the build of core muscles within the body to serve as a supportive measure for the spine to improve the stability of the individual. As such many professional athletes and trainers have recognized that the best core exercises within any training routine must be specifically aimed to target any unfavorable movement of the spine such as in the event of rotating and bending.

Most men today with some level of fitness experience are generally familiar with the basic plank exercise widely used to prevent the spine from bending or extending in a backward direction, the side plank exercise to restrict any possibility of lateral flexion and the deadlift exercise which prevents the body from flexion. While these exercise are highly efficient in confining any unwanted movement of the spine they are rarely utilized as a measure to prevent anti-rotation.

In previous times exercises such as the Russian twists and twisting crunches were popularly used by many trainers and athletes to train their obliques. However it was later discovered that in fact exercises such as these based on there range of movement served more as an impairment to the spine than a benefit to be gained from training. This fact led to the realization that anti-rotation exercises were a vital ingredient to any training routine in support of the lower back muscles by prevent the spine from twisting or rotating during the exercise.

One of the most recommended anti-rotation exercises used by many trainers is the Kneeling Pallof Press. Developed by the Boston-based physical therapist John Pallof this exercise is generally taught to fitness beginners in their training due to the simplicity and easily executable motion. There are many variations to this exercise such as standing, half-kneeling, or laying flat on theback however the more widely used form is the tall kneeling position targeting the gluteus.

The 3-Point Dumbbell Row generally reserved for more advanced exercisers places more of a challenging experience on the core muscles. Traditionally most arm rowing exercises are effectively used as a great way of performing an anti-rotation exercise however the 3-point row has been proven as a formidable exercise when performed using the proper technique.