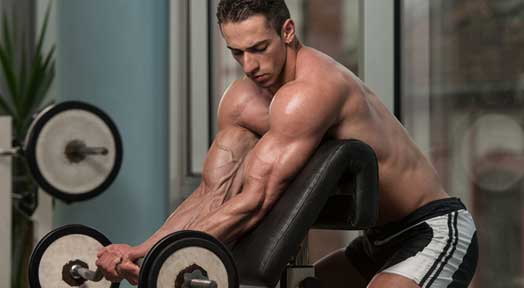 Whenever you are seated for a prolonged period of time you may be likely to develop a characteristic pattern of certain muscle tissues becoming severely contracted or shorter than they were originally intended to be. Muscle tissues when shortened do not only affect their opposing muscular tissues, but can additionally have a negative impact on the entire musculoskeletal system of the individual.

Does sitting at a desk for a per-long of time affect your pasture?

If most of us were to look back at our lives especially as children, we would observe that much of our childhood and even throughout our college years was spent sitting at a desk in a classroom. For those of who successfully graduated and took on office jobs which placed them at a desk in front of a computer, just sat even more.

By the time they would have reached age 40 their bodies would have become so accustomed to being in a seated position that the muscles eventually find themselves comfortable being in that position. Unfortunately all that sitting over time can result in a number of structural changes within the individual which if left unattended can lead to bad posture and uncorrectable postural dysfunctions.

Throughout the fitness industry having the right posture is just as important as eating healthy, including a sufficient rest and recovery period in-between workout sessions, and most notably maintaining the proper exercise technique during the workout session. Having the right posture allows the individual during the motion of the exercise to remain energized, maintain a good rhythm and flexibility while ensuring a limited possibility of injury during the workout. Consequently for the individual with a good posture the body is properly aligned which means that instead of the muscle tissues within the body, the bone structure is used as the primary method of supporting the total body weight which results in a significant reduction of the strain and effort placed on the body.

How a Bad Posture Affects Your Muscle Gain:

One of the major causes of tight hip flexors is as a result of a bad posture of the individual. Seated for a prolonged period of time often results in shortening of the hip flexors causing the pelvis to rotate anteriorly, or tip downwards in front of the individual. During the exercise workout tight hip flexors have frequently been known to take over the stress originally meant for the targeted abdominal muscles, making it difficult for the person exercising to benefit from the abdominal exercise

Whenever you're in a seated position you'll probably notice a difference in the length of your hamstrings. While standing your hamstring muscles become stretched, and when sitting your hamstrings even in a perfectly seated position are shortened. Hence if you are accustomed to sitting for prolonged periods of time at your office or at home, you are likely to suffer from a condition generally referred to as chronic contraction of the hamstring muscles which respective to the exercise workout makes it almost impossible for you to benefit from any exercises aimed at targeting the gluteus or leg muscles.

How a Bad Posture Affects Your Exercise Technique

If you were to look carefully in your local gym, you'll probably see trainers going through extreme lengths to ensure their clients are maintaining the right posture. When training, preserving the proper form is imperative to the success of the workout as you may be surprised to know that most of the injuries which occur during the exercise session are due to the individuals having an improper posture or bad form. During weight training, techniques used to perform exercises without recognizing the right posture has often led to a number of accidents such as dislocation of the joints, muscle strains, sprains, fractures among other injuries which are known to severely affect the training routine and subsequently muscular build.

How to Correct your Bad Posture

There's no quick fix to a bad posture, however understanding the root of the problem is the first step and half the battle to correcting your bad posture. By consulting your local physician you will be able to have a better understanding of the functions of your various muscle groups, how they affect your posture and the necessary exercises you can include into your workout routine to correct the problem.