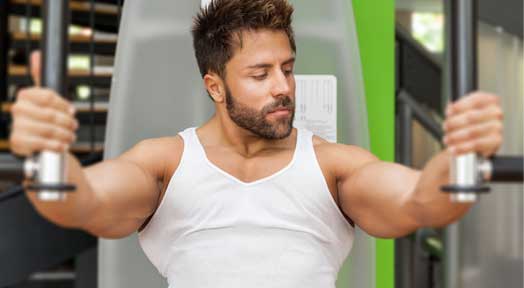 The key to hybrid training is based on the workout to actively combine several movements into one single repetition during the workout. One fitting example of hybrid training exercises for muscle growth is known as the Olympic clean and jerk exercise which combines, the deadlift, the upright row, the reverse curl, the front squat, and the jerk exercise which is also known as a combination of the quarter front squat, split squat and the military press.

The Hybrid training workout allows the exerciser to effectively target a large range of muscle groups within a single exercise. The time required to accomplish the workout is significantly shorter than the typical routine. The workout can be successfully used in training high performance athletes by developing their muscular endurance and coordination. They are easily performed in any single location. Many professionals have found them as an effective means of providing their workout with a variety or routines making the workout less boring. The workout can be adequately performed by using any single equipment.

What is Hybrid Training?

For the average fitness enthusiast, the volume of hybrid exercises is based on the sole imagination of the user. By completing an exercise such as the push press the exerciser could immediately follow up with the front squat or even a split squat. These exercises could be additionally performed with the use of weights such as dumbbells or even barbells occasionally combining these exercises to form specific hybrid sets.

The use of hybrid sets has become increasingly popular in Europe and United States for training several Olympic and Sports Professionals such as NBA athletes, Olympic sprinters among several other world record holders.

The training behind the use of hybrid sets allows the exerciser to perform one set of exercises immediately followed by two or three sets to achieve the desired intensity of the training. This can be observed during a workout designed to target the shoulder muscular group. Such a routine would typically include a minimum of four exercises beginning with the most difficult and ending with the more easier to maintain a constant pace during the workout. The workout could be structured to include an initial exercise such as the lateral raise, then performing the front raise, followed by the military press and closing with the bent over rows completing a minimum of 10 reps for each exercise. A basic routine to target the leg muscles similarly could include lunges, split squats and closing with back squats also done in reps of 10 for each exercise.

By including hybrids as an integral part of your exercise routing you are guaranteed to benefit form the change of pace offered by this great workout, increasing your cardiovascular functions, muscular mass and overall performance associated with this type of training.

For the average person or beginner who's target is to lose unwanted fat, the hybrid training routine is an excellent option which will increase the amount of lactate produced during the workout, thus stimulating the growth hormone production accelerating the body's ability to burn calories at a faster rate translating into fat and weight loss and muscle growth.