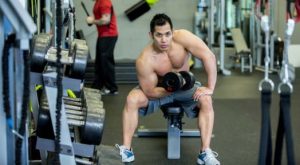 For years scientific researchers have tried to determine a link between cardiovascular diseases and factors associated with physical and emotional values in human beings. Many health professionals however have been able to identify a distinctive relationship between the mental ability of a person and exercising.

Here is a little clarification on the question does exercise make you smarter.

The ability of the human brain to acquire and process various pieces of information converting it into knowledge attained is known as the cognitive function of the brain. This cognitive function is typically observed through a person's personal experience gained coordinated with the five known senses of the human body. This particular function of the brain also involves the process of thought, remembrance, discerning, and evaluation.

You have a natural ability to control your mind and body.

Our natural ability to control a particular situation to remove and process information relative to our social interaction and behavior pattern can have a great impact on a person's life and success. This is typically observed in any given situation which includes a person's ability to make a decision in support of asking their employer for a raise in pay depending on the current work environment, the rate at thick they work and their opinion of self worth.

In 2004 various studies of elderly people have identified a positive link between cognitive brain functioning and exercising. The research which was carried out by analysis of more than thirty years of data which revealed that elderly people suffering form dementia or cognitive impairments were found to display vast improvements in their cognitive functions when exposed to some form of exercise routine over those who did not perform any type of exercise.

In a report presented to the the Wall Street Journal at the Canadian Cardiovascular Congress scientists suggested that this conclusion was applicable to people of all ages.

The studies performed included a small number of overweight and non active elderly people. They were firstly exposed to a variety of assessments, after which they were enrolled in a weekly exercise routine twice per week. These exercise routines involved an occasional bike ride, walking, and some instances of weight training. The study lasted for a period of four months.

The subjects were observed to increase their weight loss, loss in waist size and increased muscular mass and core strength. More importantly the subjects were found to exhibit improved brain functions when certain tests related to mental acuity were performed.

John Ratey a Harvard Medical School Graduate in his published book stated that exercise activity when performed increases the rate of chemicals produced within the brain. He added that these chemicals produced were inherent to the production of brain cells to form a complex neurological connection which enables human beings to increase their learning capacity.

In Germany scientists discovered that students who were exposed to physical activities such as tennis, soccer and swimming achieved higher scores in tests and were found to be more attentive in classes and concentrated more than students who did not partake in any form of physical activity.

Canadian researchers in 2011 in a study, concluded that members of the elderly population who occasionally took short walks, were involved in basic activities such as gardening, cooking and even dancing achieved higher records on achievement tests to measure cognitive brain function.