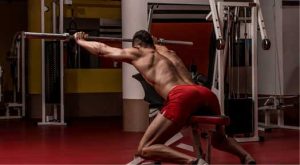 For the average beginner going to the gym, choosing the activities that they enjoy performing and avoiding those which often seem overly difficult and unenjoyable would probably seem to make some level of sense. However if you're training for the 5K marathon and are consistently progressing in your mile time with training, then you don't want to focus your entire training solely in the area of running. Don't get us wrong, there's nothing wrong with this form of training, however whenever you become too obsessed with one aspect of your fitness goals, its very easy to become overly obsessed and forget everything else.

Men train for a variety of reasons.

Nonetheless if you were to objectively take a closer look at their individual reasons you'll notice that a large number of men will embark on some form of exercise routine to promote a healthier lifestyle coupled with a proper diet. Having said that men who have often opt to train themselves without having any prior experience or knowledge of how to properly train their body, schedule adequate rest times and maintain an effective diet are also guilty of overlooking a number of muscle groups known for their importance in improving, muscle build, overall performance and lessen the potential for injury resulting in the inability to effectively perform the exercise activities and gain the most from the workout.

One of most commonly overlooked and under trained muscle groups include: Wrist Extensors Although a large number of weight lifting and strength training exercises are known to rely on the wrist flexors requiring the curling of the hand toward the arms such as bicep curls, pull-ups and rows, exercises known for engaging the wrist extensors are seldom used to the same extent during most workouts. This under training of the wrist extensors creates an imbalance between the building of the extensors and the stronger and larger muscle tissue flexors located within the wrist. Nonetheless by introducing a number wrist extensor exercises such as reverse bicep curls, and wrist rollers known for targeting the wrist extensor you can avoid this muscular imbalance and prevent later stiffness and inflammation of the joints.

Your hip abductors are a relatively small muscle group in charge of separating your leg away from the midline of the body. This function can be easily seen when performing an athletic movement requiring you to move side to side such as playing a defensive role in basketball or football, playing the infield in a baseball game or ice skating. Unfortunately most of the conventional leg workout exercises known for training the quadriceps, gluteus and hamstring are not known for targeting the hip abductors. Having considerably weak hip abductors places an excessive amount of force on the knees during the exercise activity often resulting in pain experienced in the knees. As such you should always ensure that you include a number of hip abductor exercises into your exercise workout such as a seated leg abductor machine, or hip abductor exercises including hip circles, lying crossover, or windmills to avoid any possibility of knee injury.

The rotor cuff sometimes called the rotator cup is a small group of 4 muscles and tendons located deep within the shoulder that function to stabilize the shoulder as well as allow you to externally and internally rotate your upper arm. Normally this muscle group are seldom recruited when performing typical shoulder exercises such as the upright row or shoulder press can become significantly weakened in spite of having strong surrounding muscles. Having said that you should always ensure including a range of exercises into your exercise workout to actively target your rotator cuff such as the 90-degree dumbbell external rotation, to strengthen your totter cuff and avoid subsequent muscular damage.