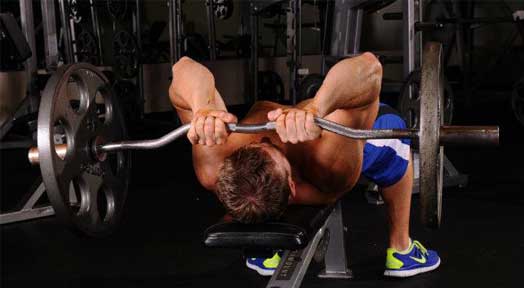 One can illicit increased muscle growth by stimulating the muscles for extended periods of time, which is the basis for count down set workouts. The way it works is you perform an exercise a certain number of times and then you hold the rep at the highest point of tension for that many reps in seconds and then count downward. Confused yet?

Perform six regular, full-form pushups, then go to the point of the greatest tension, the point where your nose is just touching the ground and all of your weight is being supported by your arms and core, and count down for six seconds. Next, do five reps of pushups and then hold the rep again and count down from five seconds until you reach your last one.

The support for this type of exercise stems from the idea that to induce muscle growth your muscles need to be worked. To work the muscles they must be under tension. There are two ways to achieve more time under tension and stimulate additional growth. The first method is to increase reps. For each additional rep put up the muscle is under tension for that much longer.

However, the fatigue rate is pretty great because you put up such heavy weight in order to get the burn. As a result, your form will inevitably disintegrate, muscle failure will ensue, and you won’t be able to keep your muscles under tension. Dropping the weight and cranking out 40 reps at 95 pounds on bench doesn’t seem to be a viable solution either. The alternative is the countdown sets method.

Reduce Weights with Each Rep

With countdown sets you can drop the weight but actually get a worthwhile and purposeful amount of time under tension instead of just cranking out rep after rep after rep… after rep. You will still put out plenty of reps, but the static hold will increase the value of the reps as you power through the muscle fatigue and build your muscle’s endurance.

It can be used with free weights too. Reverse the push up example on bench press and hold the barbell just above your chest for six seconds while your arms start to shake and the beads of sweat form on your forehead. Don’t you get pumped just thinking about it?

You can really dial up the time under tension with cable exercises. Cables allow for a constant and consistent flow of resistance and that is what makes cable machines so great. When you are doing tricep pull downs you are getting a steady pull the entire set. And then you can pull your arms apart at the peak of the rep and squeeze your tris as you count down. Another great one is cable flies for your pecs. Experiment and see how big of a pump you can achieve from countdown sets!