CrossFit Workouts You can do at Home 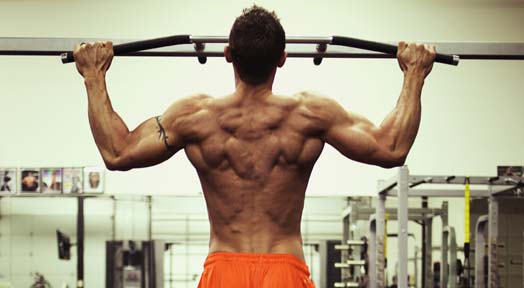 CrossFit workouts at home for strength building, high impact, and fast calorie burning training routine that have been quickly sweeping the health and fitness industry all over the world. In fact many people today have credited their weight loss and newly found discipline to this training workout.

How to do CrossFit Workouts at Home

Many individuals who have developed an interest in CrossFit Workouts training are able to explore this bodybuilding training by simply performing a few daily workout routines in the comfort of their homes without the use of any specific equipment.

One of the popularly used CrossFit exercises traditionally performed at home is the Single-Arm Snatch which has been specifically designed to target the areas of the buttocks, shoulders, arms and the back of the individual. The exercise is accomplished with the use of a dumbbell and begins by first standing with both feet at shoulder width positioning the toes pointed slightly in an outward direction with the dumbbell placed between the feet. The dumbbell is held using the right hand by performing a low squat ensuring the palm is positioned pointing behind. The legs should be straightened as quickly as possible thrusting the individual in an upward motion landing on the balls of the feet bending the elbows outwards to the side utilizing the weight towards the shoulder. By bending the knees the weight is flipped positioning the palm in an outward direction extending the right arm overhead. The individual then maintains an upright position then squat while lowering the dumbbell towards the floor.

The Michael is completed by firstly performing a 800 meter run followed by a minimum of 50 back extensions. The back extensions are observed by the individual laying flat on their stomach positioning both hands behind the ears. The chest and head are then raised off the ground as far as humanly possible ensuring the feet and knees are held against the ground. These exercises should be performed in three sets in quick succession.

The Wilmot consists of a combination of 50 squats and 25 triceps dips typically beginning with the squats as the individual stands positioning the feet slightly wider than shoulder-width. Positioning the body simulating a sitting position then returning to an upright position with the hamstrings in a parallel position to the floor. Followed by the triceps dips as the individual positions themselves sitting on an available bench or dining chair with both hands and fingers by their sides and over the edge of the chair or bench. Sliding the buttocks off the bench the body is forced into a dip position slightly below the surface of the bench lowering the buttocks to the floor ensuring the elbows are positioned pointing backwards instead of outwards thus targeting the muscle tissues located at the back of the arms. The Wilmot should be completed in six sets at high impact training.

The Loredo exercise is easily accomplished by performing an exercise set containing 24 squats, 24 pushups and 24 walking lunges. The squat and pushup are fairly simple exercises, however the lunges are achieved by the individual firstly maintaining an upright position standing with both feet at about the width of the hips. The motion begins as the person takes a long stride forward lowering the body with the knee close to the ground without touching it. While returning to the upright position the lunge is repeated using the other leg recognizing the second count. This training set should be completed in 6 reps as a high impact training routine.