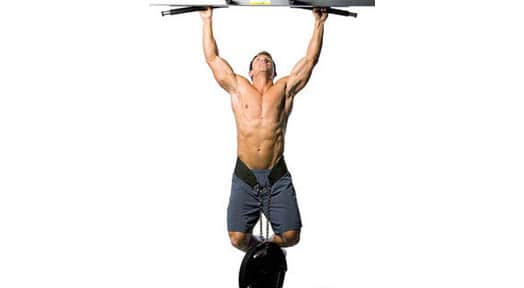 We have all heard of the occasional stories of persons suddenly reacting with seemingly superhuman strength during extreme circumstances such as a mother saving her child in the face of certain danger or an individual fighting to save their life when their existence is threatened. It has often been said the average gorilla possesses the strength ten times than that of a human being with the ability to punch through walls, bend the steel bars of its cage and even throw massive boulders in a fit of rage.

What has been found common in all three instances of the individual, the mother and the gorilla has been actively referred to as a sudden and complete mental restructuring and bypassing of the body's protective mechanism designed to prohibit muscle tissue tear in the event of exposure to sudden stress. This bodily function within the system is known as the inhibition reflex.

Within the body's muscle tissue lies an organ known as the Golgi Tendon Organ or GTO. This organ has the responsibility to give off nerve impulses to the the spinal cord which are interpreted by the brain whenever the muscles are subjected to any forms of stress of force exertion. The brain via spinal cord in response to this impulsive signal by actively triggering the function of the inhibition reflex telling the body to limit the amount of applied force to the muscle tissue when stressed.

This is in fact an effective protective measure of the human body to prevent the damaging of the biceps muscles when lifting heavier weights during strength training pedaling a bicycle ups steep hill of lifting heavy furniture. However in extreme and life threatening situations the human brain selectively bypasses the inhibition reflex function thus allowing the muscle tissue to obtain a much higher threshold of the Golgi Tendon Organ than normal to complete the necessary task like the superhuman strength.

How to tap into your GTO

Many trainers, fitness professionals and even athletes today have been able to create a mental replication of this sudden impulse to increase the lower limits of the Golgi Tendon Organ to improve their strength and explosive power. The athlete when poorly trained will often be observed to activate their GTO threshold increase at a much earlier point during the activity before a substantial amount of force is accumulated. However a trained and more experienced athlete will be able to in effect trick the muscle tissues into contracting at a much higher rate and speed before triggering the inhibition reflex thus improving their core performance.

Many athletes and professional bodybuilders have learned to train the body to develop a much faster stretch-shortening cycle to delay the Golgi Tendon Organ sending the inhibition reflex limiting the production of force applied when the muscle tissues are stressed. This has allowed the individual to produce a higher contraction force than normal when performing activities such as cycling, running swimming or strength training by improving the body's training skill.

The stretch-shortening cycle thus can be viewed simply as the amount of time the muscle tissue takes to complete the transition from the eccentric phase such as contact time between the foot and the ground when running, to the concentric phase as the muscles contract to explosively launch the foot off the ground. This stretch-shortening cycle has often been used in training by professional athletes and trainers through a series of powerful and accelerated movements known as plyometrics.