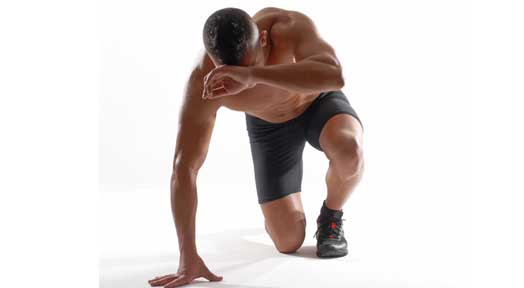 Thanks to decades of research that show the benefits of exercise, the world finally appears to be waking up to the dangers associated with being unfit and out of shape. As a positive side effect more and more people are being encouraged to lead a more physically active life. Exercise and physical activity is absolutely vital for anybody looking to get fit and live a heathier life. But just like all things, some people take it too far and push themselves too hard and end up working out too much. making them lightheaded following intense workout.

How to know if you are working out too much

Exercising and working out does not have to involve jogging, lifting weights, or any other form of gym related activity for that matter. If it gets your heart beating and your blood pumping, then you will soon be reaping the benefits, providing you don’t push yourself too hard, too soon. Forget and do more harm than good. People following this type of advice sometimes find themselves suffering with dizziness and light headedness following an intense workout, and this is potentially where things can become dangerous.

What are the dangers with becoming dizzy lightheaded following intense workout

There are a number of reasons why we could become dizzy following an intense workout, but no matter what the cause may be, the risks will all still be the same. We run the risk of passing out and potentially hitting our heads, we could starve our brains of oxygen, we could become nauseous and feel un well in general, and much more on top of that. Pushing yourself too hard when working out is not a good idea and could potentially even be fatal.

Why do we become light headed in the first place?

There is no one clear answer to this question as it could be due to a number of different reasons. There are however, some slightly more common possibilities than others, and these include:

A lack of energy and fuel

Your body is similar in principle to a typical car you see on the road every single day, due to the fact that they both require fuel to function. If you take a car on a long trip, or drive it too fast, its fuel supply will quickly diminish until it becomes empty. Once it’s empty it won’t be able to function. Before it does die completely however, it warns you beforehand. It does this by stuttering, stalling, and slowing down. The same applies to your body, as you exercise you use your body’s natural supplies of glycogen, which is its main source of fuel. As it is lacking energy, it lets you know by causing you to feel dizzy, weak, and lightheaded after a workout.

A drop in blood pressure

Another common cause of  feeling light headed following a workout is that your blood pressure may have dropped suddenly. When we exercise, the heart pumps more blood around the body which in turn causes the blood vessels to dilate. Once you slow down however, the heart slows down, but the blood vessels remain dilated. As this slows down the amount of blood being circulated around the body, this can cause a temporary drop in blood pressure, which in turn can cause us to feel dizzy and lightheaded after a workout.