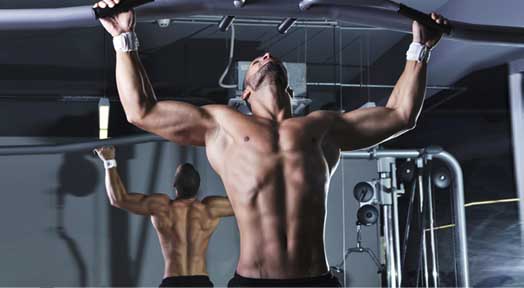 Even the most avid gym goer might not be able to afford the subscription to the local gym, or is required to travel excessively due to the nature of their job occasionally. Forcing them to train without the benefits of accessible weights. If you find your self in that category you should consider callisthenic exercises.

Why Callisthenic Exercise is King

Luckily there are a few exercise routines which can be performed almost anywhere and anytime for a person to benefit from the definition, strength and endurance offered by the callisthenic exercises routine.

What are callisthenic exercises?

One of the first and more common techniques used for strength training without weights is the traditional exercise. By successfully completing as many reps as possible you will benefit from increasing your endurance levels and enhancing the muscular pace at which you are able to exercise.

Flexing although may not seemingly be a form of exercise has been found to be quite an effective form of training. Flexing the muscles previously worked after training as hard as possible while holding for at least ten seconds is actually referred to as Iso Tension where Iso means Equal and Tension basically means to stiffen, tighten, and contract.

By contracting the muscles and holding for a specific time gives the body a more profound and chiseled look. Rest periods between exercise sessions is an area of training management which can effectively increase the intensity of the workout routine. By decreasing the amount of rest times within the workout will inadvertently increase the frequency of the workout.

One legged squats, one arm push ups and one arm chin ups may be a bit difficult with respective to maintaining an initial balance but such exercises have been known to increase the intensity of the workout selectively while targeting specific muscle sets.

Training in slow motion by taking twelve to fourteen seconds for a positive phase of the exercise followed by six to seven seconds negative reps for each rep increases the intensity of the training. Remaining within constant motion during the exercise allows the training to maintain a slow and continuous tension thus allowing a slow but high frequency exercise. Flexing while doing reps is another way of applying tension to targeted muscle areas by contracting and flexing this specific muscles while moving. This type of training has for centuries been implemented within martial arts to increase their punching power. Strength Training Exercises which are commonly recommended include:

This training technique has been effective in building the hips, and thighs and has been used to increase endurance and lung capacity. The exercise is generally performed by standing with the feet slightly apart and holding the edge of the kitchen sink or something similar for support then slowly bend the knees until the butt is almost touching the floor then returning to the start position.

Calf Raises are typically done provided you have access to a flight of stairs or even just a few steps. The exercise is done by placing the toes on the edge of the step and while holding the rails for balance support the heels are lowered as much as possible to achieve an adequate stretch before raising using the toes as high as possible.

One of the more popular training exercises known has been used to strengthening the shoulders, back and biceps. The exercise is performed by gripping a sturdy bar allowing your body to stretch in the lats. The body is then pulled up until the chest meets the bars used. This training can be accomplished at the local park or schoolyard or even on a doorway chin bar.

At some point we have all been exposed to the push-up. Easily accomplished almost anywhere this exercise has been routinely done in building shoulders, chest and triceps. The Abdominal Crunch As with the renowned push-up the abdominal crunch is another popular way to achieve a great workout without the use of weights. This exercise routine has been used by several enthusiasts to reduce the stomach bulge and firm the abdominals.

These however are a few of the callisthenic exercises typically used in strength training without the use of weights. As with any other form of training routine, it has been suggested that proper warm up and cooling down exercised be performed before and after each workout to minimize the risk of injury and muscle damage.