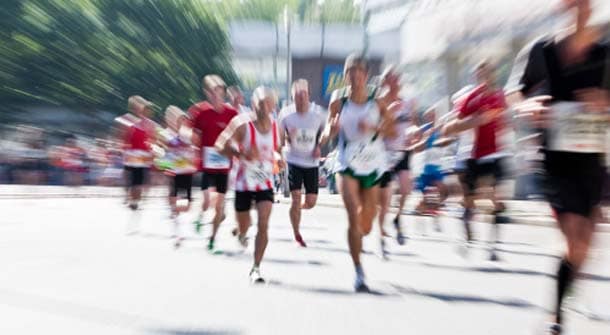 When training for an event such as a marathon one can look forward to being exposed to a number of workout routines including various forms of running. Similar to the routine used in traditional strength training and weight lifting, marathon training often comprises of weekly scheduling of specific workouts, each designed to address and target specific muscle groups to develop endurance and stamina.

Tips to Start Marathon Training for the big race

One of the common mistakes made by many self-acclaimed professional trainers is not including sufficient rest periods between training exercises and training days.

Most athletes have developed a tendency to train during periods which should be reserved for recovery after workouts which in effect limits their future training potential. The body when subjected to any form of physical training, exposes the muscle tissues to a certain amount of stress according to the level of the training. When the muscle tissues are allowed adequate rest period they will eventually adapt to the training resulting in muscle growth, increased strength and enhanced performance. Without recognizing an active recovery period, the muscle tissues will not adapt. This principle has resulted in most professional runners and athletes scheduling a complete rest day without any form of exercise activity during their training to completely recover from the workout.

Most runners have been found to determine the length of their marathon training according to a weekly set mileage. This has been found to be a useful practice to allow the individual to have a general idea of the training volume. The amount of training an athlete will expose themselves to is determined by the intensity and the volume of training routine. It has been often suggested by most trainers that individuals training for a marathon event not focus solely on the number of miles completed within their training but rather to incorporate the volume and intensity of the training ensuring the correct form and technique is used when performing the exercises.

Notably one of the most recognized factors respective to marathon training is running at a specific tempo often referred to as an increase in 10 seconds per mile run from the pre outlined marathon pace. Planning to run for example at a pace of 20 miles at 5:00 per mile requires the use of a training routine designed to effectively train the body to run at this specific pace. The difference between the professional athlete competing in a marathon and the average person training for the event is found within the attitude of the individual. Most persons training for a marathon train with the set goal to be able to finish the marathon halfway through the event preferably in an acceptable condition while the professional athlete will race through the marathon constantly running at a tempo whereby the pace is gradually increased with every mile run. The traditional enthusiastic marathon runner however will often run the marathon at a much slower rate than their normal run.

Often the typical pace set within a marathon race consumes a large amount of aerobic energy and a small amount of anaerobic energy. The traditional sprint and track and field events tend more to ignore the marathon pace. As such training for the marathon event often requires the person training at a projected tempo of the marathon to allow the body to train itself to effectively burn carbohydrates as fuel to perform the run.

Simulating similar race conditions when training for a marathon is an essential factor in determining the success of the run. By including a training routine recognizing a tempo running towards the end of the run allows the body to maintain the required pace beyond the 25 mile run. When training individuals should include practicing similar events of pausing the run for a water break by consuming large amounts of water and carbohydrates. Simulating the time of day the marathon is scheduled to begin observing weather forecasts and performing a dress rehearsal weeks ahead of the event allows conditioning of the body familiarizing itself to the apparel to be worn during the run.

Listen to your body and fine tune as you go

When training it is important to pay close attention to the signs displayed by the body. Training resulting in fatigue lasting consecutively for more than three days is a sure indication that the body needs rest. Consistent or nagging pain lasting for weeks often does not relieve itself and as such should be addressed at the earliest possible time prior to the event recognizing the fact that the individual should never compete in such an event without consulting their local physician.