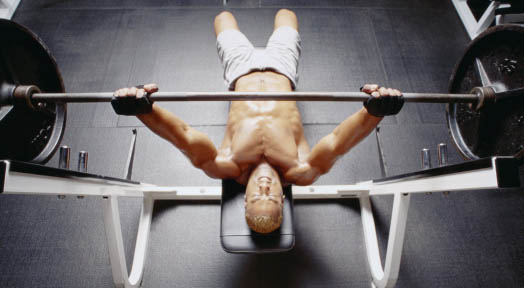 For those who suffer from common shoulder injuries, finding the right recovery is vital before you can lift at full capacity. Most fitness professionals are generally accustomed to performing their weight training routines using a standard technique. Allowing them to achieve the maximum results possible in the shortest possible time. Some of the more common methods used by weight trainers and professionals is accomplished by training using standardized weights. Weights which have three distinctive sets consisting of between eight to ten repetitions using a recommended weight of about 70 to 85 percent of their maximum effort. These exercise sets are done between three to four times on a weekly basis. Some of the more commonly used exercises in the average weight training routine involves bench press, lateral raises and the military press among a few others. How to modified lifts to prevent shoulder injuries

Individuals however who have previously suffered shoulder injuries will find that performing these exercises using the standard techniques will prove to be more harmful to their health than providing the benefits for which they were intended. Most individuals who are of an elderly age and have had some history of a shoulder injury and would like to continue their weight training have often been forced to revise the method used in their workout routine. In effect a new level of thinking and approach to weight training was implemented to allow such persons to continue their training. This  approach ensures them that they will be able to participate in their respective programs in a safe, yet effective manner without re-aggravating their injuries.

Many individuals have been able to successfully make this transition in their weight training by shifting the focus from building muscular mass to improving muscular endurance and conditioning. Thus the typical weight training exercises are generally modified accordingly to fit the requirements of the user respective to their level of injury. The average person with a history of shoulder injury is often recommended to refrain from performing any exercises which require the use of an overhead and inclined presses. In addition modifications are often made to techniques used in the lateral raises and bench press.

Rather than lifting heavier weights in exercise sets consisting of the standard 8 to 12 reps, the individual will use much lighter weights in their exercise routine increasing the number of repetitions to anywhere between 30 to 40 reps. The specific purpose of this modification is in effect to reduce the intensity of the average workout decreasing the amount of stress placed on the muscles while increasing the endurance and muscular tone of the targeted muscle group. The weight training routine should be performed no more than 2 to three times on a weekly basis using specific techniques depriving the user of any inflicted pain.

This exercise is often modified to decrease the amount of stress commonly placed on the shoulder muscles. It is highly suggested that individuals avoid positioning the arms beyond a parallel level to the floor. This is typically accomplished by folding a bath towel to a thickness of about four to five inches and placing it on the torso for the duration of the exercise preventing the bar from going past a parallel position.

This exercise will often expose the shoulder muscles to a tremendous amount of stress have resulted in their technique modified by only partially raising the arms during the exercise just below shoulder level instead of the typical complete motion of bringing the arm above the shoulder. Hope these tips to modified lifts to prevent shoulder injuries helps