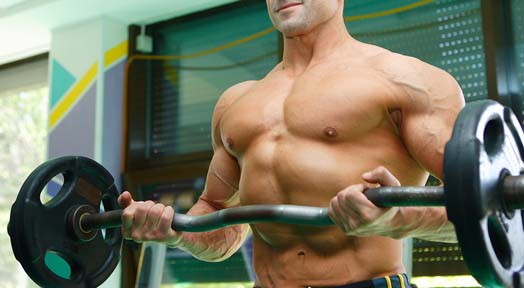 It is an undeniable fact that all men want more muscles and a greater physique so some embark on a muscle building workout strategies. We should all know by now that's never going to be possible if our bodies are covered in layers of fat notoriously renown for hiding those wonderfully toned muscles.

Muscle Building Strategies to take you to the next level

Sadly, increasing muscle mass while simultaneously losing fat is just one of those frustrating impossible tasks we rarely try to wrap our heads around. However; the goal while exceedingly difficult is not impossible if you’re willing to seriously follow and implement a few muscle building strategies:

The first thing you're going to do is prepare yourself for intermittent fasting. To increase your muscle mass you're going to need an excess amount of calories; but hey, you already know this right. What you might not know however is that timing is the key, as your body is known for focusing synthesis of the muscle tissues not the day after you exercise but rather five hours after completing the workout.

Scientifically proven, fasting has been shown to raise the testosterone levels in men, and as a result, most men who have traditionally fasted before performing their workout routine have been known to benefit from increased muscle build by forcing the body to increase its muscle mass at a faster rate.

For most professional bodybuilders fasting has been observed as more sparing in the loss of muscular mass than a diet observing a reduction in calorie content, and by carefully following a routine of alternatively consuming large amount of calories coupled with occasional fasting you too can increase your muscular tone and loose fat.

One way to effectively achieve this goal is to fast in the mornings before performing your workout. Have something to eat before the exercise workout followed by post-calorie surplus meal a few hours after the workout just before bedtime then fasting the day after to maximize the fat burning process without losing muscle mass.

It is a fact that sometimes in the fitness and bodybuilding industry taking it slow can be one of the best decisions you'll ever make to achieve the desired results. Most people often make the mistake that, to build muscle they need to increase their calorie intake to fuel the workout. Unfortunately the human body is only able to increase muscular mass within a specific amount of time, thus if your calorie intake exceeds the limitations of your muscle build the only thing you'll end up with is your muscles being stored by your body as tissues of fat. The bottom line to this is, if you try to hasten the process you'll just end up adding layers of unwanted fat.

When taking it slow you should ensure keeping your excess calorie intake at a favorable level by adding only a few pounds of muscle tissue per week to maintain an optimal ratio of fat to muscle mass.

Get the right workout plan

Beginners are often caught in the fitness swirl of focusing mainly on their biceps and pectoral muscles, simply putting it, their arms and chest and while there is nothing wrong in setting your goals to develop these areas, this practice has often led to the overtraining of these muscle groups resulting in decreased muscular growth. As a result many professional gym instructors will typically structure their workouts into three segments as shown below:

Last but not least you should remove all empty calories from your diet such as processed food, sodas or energy drinks. If you've never before heard the term "empty calories" let us explain. Empty calories are generally non-essential meals extremely rich in carbohydrate content which are serve the only purpose of increasing your calorie count. Rather you should ensure you achieve your calories by consuming whole foods including vegetables, and those high in protein value from substances like whey powder. These foods will enhance your recovery process post-exercise and help you pack on the muscle.