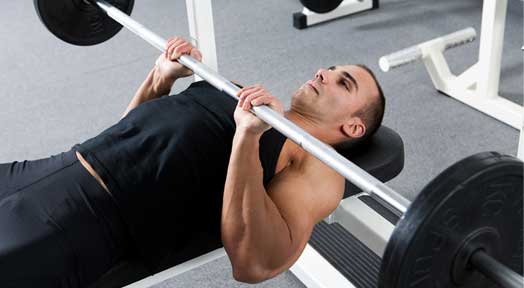 In 1882 Adolf Fick realized that by contracting the muscle tissue under stretch, a greater force was produced than one produced by a shortening muscle contraction. Archibald Hill 50 years later theorized that the human body was found to require less energy in an eccentric or negative weight training muscular contraction that realized during a concentric muscular activity.

Top Tips to add Negative Training to your Workout

Today eccentric or negative weight training is often characterized as an active form of exercise. With the aim of contracting a selected muscle group while simultaneously lengthening the targeted muscle tissue. This form of training can be seen in the traditional biceps curl motion in which the lifter lowers the dumbbell down from the rack. This motion is known as the negative or eccentric phase of the exercise, provided the motion of the dumbbell recognizes it to be slowly lowered as opposed to letting it free-fall.

The 3 Phases of Motion

What is Eccentric/ Negative Weight Training?

In the Negative or eccentric training, emphasis is adequately placed on slowing down the muscles lengthening process to effectively strain the muscle tissue, whereby allowing the exerciser to develop stronger muscles through an enhanced rate of recovery and repair as well as by increasing the metabolic rate of the individual.

Negative weight training has been found to provide a type of breaking technique for targeted muscle groups and their tendons when exposed to training while in the concentric phase. This breaking technique is necessary in order to effectively protect the joints from possible injury upon release of the contraction.

Who uses this type of training?

Professional athletes, rehabilitating patients and even senior citizens have found this type of negative training extremely helpful. It has proved to boost their performance and overall strength by rebuilding muscle tissue and tendons.

The motion observed as the negative movement of the training is an essential factor in the reversal of the muscle tissue from its primary course direction. If the force developed by the trained muscle is less than the weight used for the training exercise, such as in an eccentric muscular activity, then the workout is then observed as providing the individual with a negative weight training effect as the muscle tissue begins to assimilate energy while in this weighted position.

Many professional bodybuilders and athletes have realized that while negative training they have been found to produce more power. This is in comparison with the concentric actions associated with traditional training. Using far less energy during their workout.

While negative weight training, the muscle tissues are able to produce much more work which is critically important when considering high performance sport activities for minimizing possibility of injury and achieving the best form of performance training. Sports enthusiasts and professional athletes have found that negative training provides a kind of explosive training which allows the individual to produce sudden boost in their performance during competition events.