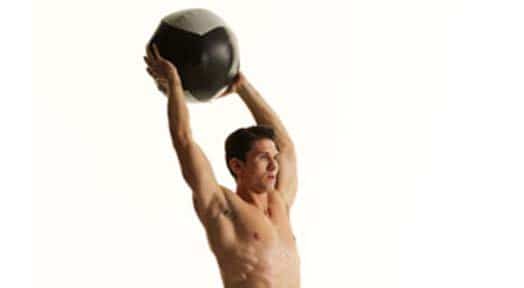 Most professional powerlifters will often tell the aspiring beginner that some of the power lift achieved through training is traditionally a byproduct of genetic heritage. Individuals however with no known linage recognizing powerlifters or professional athletes can train their bodies with power lift exercises to develop similar strengths by implementing a number of power lift including Olympic lifts, plyometrics and a number of throws.

Power Lifts you can add to your workout routine

One of the main strength components used to train powerlifters is a power training workout designed to increase agility strength and speed through a number of exercises such as speed bench presses, jumps and speed squats to improve the speed output of the lift during competition and the power lift exerted during the lift.

Many of the powerlifters today have occasionally been observed as displaying massive amounts of raw strength but little or no velocity during the lift of the weight severely limiting their true output potential. Powerlifters who have been traditionally fast in their lifts are often limited by their weakness which has resulted in a number of training programs designed to effectively target the maximum muscle recruitment by maintaining a focus not only on developing the maximum velocity but additionally the maximum strength humanly possible.

Many of the popular power moves training workout programs developed today require the individual to dedicate a specific number of days to developing their power and speed. The basic power training workout for the average gym-goer will generally consist of a number of movements, such as jumps, sprints and lifts to be performed by the person. Professional trainers when training beginners will seldom include Olympic lifts in the workout due to the extreme difficulty of the exercise however with recognizable progression and the proper skill development some trainers will occasionally opt to include a few Olympic lifts into the workout.

The box jump considerably referred to as a simple form of plyometrics has been used on many occasions to introduce speed factor to the squat movement. During the exercise the individual training is required to position himself into an athletic stance, lowering himself into a half-squat before violently thrusting his body upward. Most athletes have been known for routinely changing the height of the box used to increase the difficulty oft he exercise thus providing a challenge as their skill progresses. The use of a physical box during the box jump has been a precautionary measure to alleviate the stress placed on the individual’s knees when landing after the jump.

The kettle bell swing exercise viewed by many fitness enthusiasts as similar to the box jump has been used as an effective training exercise to develop the posterior chain. This exercise sadly to say has been time and time again performed utilizing an incorrect technique of a squat movement rather than the intended hip joints to complete the swing. To correctly perform the kettlebell swing the individual is required to bend at the hips aggressively contracting the hamstrings and gluteus to thrust the kettle bell in a forward direction. During the descent the core and joints are supported at the hips drawn back for another dynamic contraction.

The medicine ball slam is one of the best known upper body exercises to train the upper-body. Generally this power exercises begins with the individual placing the medicine ball directly overhead. During the exercise the arms are used to forcefully swing the ball towards the floor utilizing as much effort as possible forcing the core to immediately respond by stabilizing the power exerted and shoulders to perform the movement.