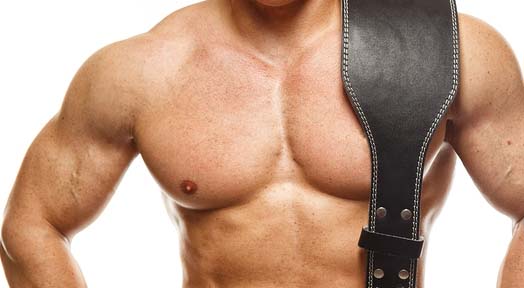 Trainers aspiring to become professional powerlifters may ask the question whether they should wear a weightlifting belt. The typical response is usually met with a patronizing “no”, wholehearted “yes” or an apathetic “it doesn’t make a difference”. For many years the trend has experienced some noticeable differences in the practices of professional athletes. Powerlifters have traditionally used specialized weightlifting belts, CrossFitters on the other hand do not and bodybuilders split in their beliefs have been observed with some regarding the weightlifting belt as an crucial feature for added safety and performance and others maintaining a contrasting belief that using a weightlifting belt increases the possibility of long term injury. Taking into consideration the vast information and rumored beliefs within the fitness industry we are going to take an in-depth look at principles behind the device and establish the pros and cons of using weightlifting belts.

One of the main factors to bear in mind when wearing a weightlifting belt during weight training is the intra-abdominal pressure exerted within the individual wearing the belt. Exercises generally consisting of a range of isometric lifts at the maximum potential coupled with Valsalva maneuvers are typically known for significantly increasing the intra-muscular pressure within the muscles of the erector spina whenever a weightlifting belt was worn thus creating better muscular stabilization and safe environment allowing the individual to increase their potential to safely lift much heavier loads. In addition it has been proven that men who generally wore weightlifting belts during training were less prone to spine loading while inhaling before the lift.

Contrary to the benefits of wearing weightlifting belts some fitness experts have concluded that it lessen the motor learning ability of the abdominal muscles within individual. Most of the exercises aimed at strength training are known for routinely excreting the abdominal muscles and obliques when performing the motions. As such beginners to weight training who opt to wear a weightlifting belt will sidestep one of the vital techniques to the strength training workout by failing to learn how to effectively contract their abdominal muscles to effect the lift. Given this fact most trainers will never recommend using a weightlifting belt as a supportive measure for exercises requiring proper stabilization of core muscles.

Although rarely considered as one of the most recognizable reasons for an individual not to wear a weightlifting belt, most men have stated that wearing a weight lifting belt during training gives the impression that they have a weak lower back. The truth to this statement however is, men who have customarily worn them during their strength training have been found to have weaker lower back muscles resulting from the weightlifting belt continuously reducing the amount of stress impacted on the lower back limiting the muscular development within those target muscles by restricting the natural adoption process of the muscle tissues to repair themselves after the workout to increase muscular build and strength.

In conclusion wearing a weightlifting belt is entirely dependent on the fitness level of the person. Men who are professional powerlifters will find it a necessary attribute to their training workout. Similarly individuals who are intent on becoming professional powerlifters should consider investing in one after having learned the proper techniques to complete the necessary strength training exercise. A suitable option for powerlifter beginner is the Velcro belt which offers some added protection for the individual against injury while limiting the amount of force exerted against its synthetic material thus generating a significantly less intra-abdominal pressure.