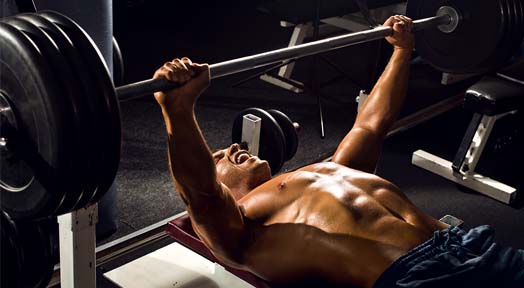 Most men when deciding on a particular form of weight lifting wondering how many days to lift each week seldom consider the benefits of weight lifting tempo for hypertrophy training routine. You've probably seen guys training in the gym using a variety of different training methods mostly including rest period, sets, exercise selection and a variation of reps.

In this column we will be discussing the basic concept of the rep tempo training, how to include it into your fitness program to reach your desired goals, and some of the benefits to determine if this particular form of training is the right one for you.

What is Rep Tempo

If you've ever been on the dance floor of your local club, at a particular social event or even dancing in your living room to your favorite beat you'll probably understand the definition of the word tempo as the specific rate or frequency of your movements during the activity. Having fully understood this principle you'll undoubtedly be able to have a mental image when we begin to refer to the tempo of a weight lifting exercise as in lifting speed, lifting tempo and speed of rep to be defined as the pace at which you're performing the exercises in a given set. Sounds pretty intense right.

When looking at the rep tempo given in a particular set of exercise instructions you'll often notice a 3 or 4 digit code or sequence frequently looking in the range of 4-1-3-0. This is known as the rep tempo of the exercise in which each digit of this numbered sequence represents the exact time in the amount of seconds you should take to perform a particular segment of the exercise motion.

In any given rep tempo, the first digit at all times refers to the lowering or negative segment of the lift commonly recognized as the eccentric movement. So lets say for example you're performing a typical bench press. The motion in which you are lowering the bar towards your chest is considered as the eccentric motion. Consequently a rep tempo of 4-1-3-0 would recognize you lowering the bar towards your chest in a count of 4 seconds.

The second number in this sequence given as 1 relates to the mid-point of the lift. So for our bench press after you have lowered the weight to your chest you're now going to hold this position for a count of 1 second.

Our third digit in our tempo sequence represents the lifting or positive portion of the exercise commonly known as the concentric segment of the bench press. So as you would have guessed the number 3 indicated the rep tempo stipulates the time in seconds you are required to raise the weight off your chest until your arms are fully extended. Finally the fourth digit of our rep tempo which is a 0 will be the time noticed at the top of the lift. Occasionally a rep tempo as we explained earlier will sometimes have three numbers. Subsequently in a given example such as our rep tempo of 4-1-3-0 we could have simply used the sequence 4-1-3.

The Benefits of the Rep Tempo

Although this method of training is often overlooked by some professionals, weight lifting tempo for hypertrophy training has been used in the fitness industry for centuries. However it was not until the early 90's that bodybuilders began to realize the vast benefits of this type of training as it was customarily believed that varying the speed of the weight lifting exercise would better promote muscular growth by ideally forcing your muscle tissue to experience more time under strain.

Regardless of this concept being somewhat true, tempo training has been renown for several significant benefits including:

How to include weight lifting tempo into your training.
In our previous example we saw how the tempo concept was used in the traditional bench press. Similarly tempo can be used almost with any lift. If you consider yourself a beginner you'll probably want to start using a slower tempo allowing you to have more control of the lift. However if you're more of an advanced person you may want to perform a tempo reflecting a controlled and accelerated lift.