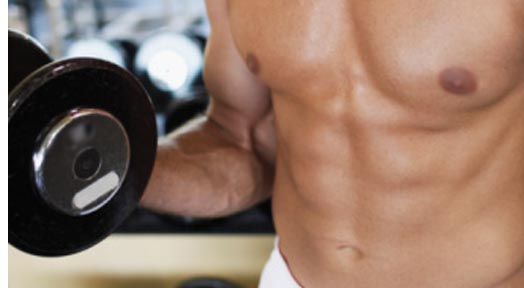 Rest-pause training is one of the few methods of training capable of blending linear periodization with auto-regulation. It is commonly observed as the successful breakdown of one exercise set into a number of subsets recognizing a short rest period between each subset. Relative to the frequency of the exercise and the set goals of the training individual this training routine can be adequately performed. There are a variety of ways to increase training efficiency and density through a series of compound movements. These movements including exercises such as the deadlift, chin-ups and squats by effecting shorter periods of rest between each completed rep.

Many of the traditional powerlifters and professional trainers have attributed their bodybuilding achievements and strength gain to this particular method. Training using this method has been known to place an excessive amount of strain on the nerve system of the individual’s body which has the tendency to severely increase with experienced fatigue. Variations of this type of training have been found to be mainly driven neurologically for the enhancement of core strength rather than muscle development and tissue growth.

How to do Rest-Pause Training

One example of a traditional rest-pause workout routine would generally recognize a standard bench press strength-training workout. Use a weight of three hundred and fifty pounds to complete a required number of reps being broken down by using a weight used of about three hundred and thirty pounds. To complete a single rep followed by a rest period of no more than thirty seconds before continuing the exercise to fulfill the maximum number of sets required by the workout.

Such an exercise is typically aimed to emphasize the hypertrophy aspect of a rest-pause training. It can often recognize three exercise sets where set one will see the training individual lifting the weight of three hundred and thirty pounds for eight reps. Followed by a rest period of thirty seconds. In set two the exercise is performed by lower the number of reps to complete the lift to three. Again resting for another thirty seconds, then completing the training with a third set. In the third set the weight is lifted for two reps thus completing that section of the training exercise.

The rest-pause training method is ideally used for teaching individuals to smash through exercise reps while looking to break through new plateaus in muscular fiber development and strength. However due to the nature of the rest-pause training method to place a severe strain on the body’s nervous system it is often highly suggested that the training should never be used for highly technical movements such as those included in conventional Olympic lifts and should be limited as an occasional method of training never to be implemented during traditional everyday strength training workouts.

Professional athletes and weightlifters preparing to perform their rest-pause training will first determine the purpose of the training exercise relative to the desired strength increase, growth or muscle endurance to be gained by the training. After establishing the purpose of training, specific rest intervals are generally scheduled respectively to the type of training to be performed. Finally a spotter or professional trainer is selected to actively monitor the rest periods during the training and potentially assist in any difficulty during the workout.

Rest pause training, has been effectively used by many weightlifters to quickly improve their overall physique and training intensity should be used only on a short term basis in the presence of a fitness professional. It is also advised that you consult with your physician to determine if this type of training is suitable for you.