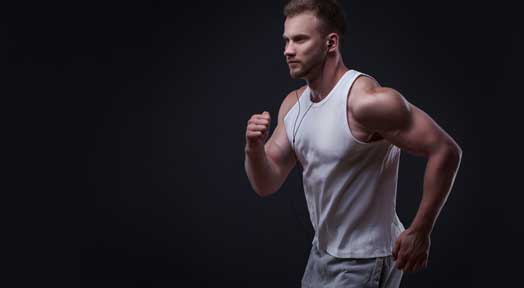 When it comes to exercise and physical activity, for those of you that participate in sports and athletic events, you’ll obviously want to perform as great as possible in order to give yourself an edge over your opponents. It doesn’t matter whether you compete professionally, semi-professionally, or just simply for fun, men in general are hugely competitive and obviously want to perform to the best of their abilities that’s why you should learn about tactical dehydration increase performance. With sporting and athletic performance, we all know the importance of staying fully hydrated.

Without water our muscles can cramp up and our performance could suffer, so why on earth are sports scientists and seasoned fitness professionals all over the world now experimenting with dehydration? Tactical dehydration as it is now being referred to, is a radical new method of increasing a person’s athletic ability and performance, and so far the results have been pretty darn impressive.

What is tactical dehydration?

It’s basically just as it sounds, tactical dehydration is when athletes deliberately dehydrate their bodies to help improve their athletic performance. The reason why it’s so effective is that the body actually adapts to the changes and adjusts itself to be able to cope on such low levels of water in an incredibly efficient manner. After being dehydrated for a number of days, the body begins to panic and makes changes to counteract the effects of dehydration. One of these changes is to drastically boost levels of blood plasma that is being pumped through the blood vessels. This in turn means that the muscles are able to absorb far greater levels of oxygen and nutrient rich blood into their cells, allowing the muscles to work for longer and more efficiently before they begin to fatigue.

How is tactical dehydration performed?

This is a radical training method and it should only be attempted under strict supervision by seasoned professionals. There are several things to consider when performing tactical dehydration, and these include:

Getting the timing right

If you have a big race or event coming up, then timing is everything in this particular instance. According to a number of studies, the optimal time to begin making the adjustments to your training and fluid intake is between two and four weeks before a big race or event. This is not as radical as it sounds because experts state that the process can be carried out by training for around 90 minutes at a moderate intensity for five straight days, and not taking in any fluids while you exercise.

Try to work out while thirsty

If you’re an endurance athlete, embark on steady runs without taking in any fluids, making sure to weigh yourself before and after each workout so that you can monitor just how much fluid you’re actually losing. If you ever feel ill or dizzy you should stop and drink some fluids immediately.

Refuel your body after a dehydration workout

The idea is not to go for days upon days when not drinking, the idea is not even to go a single day with not drinking, all you’re doing with this process is exercising and limiting your fluid intake while you exercise. Immediately following a dehydration workout, make sure you consume fluids within 10 minutes of completing your workout.