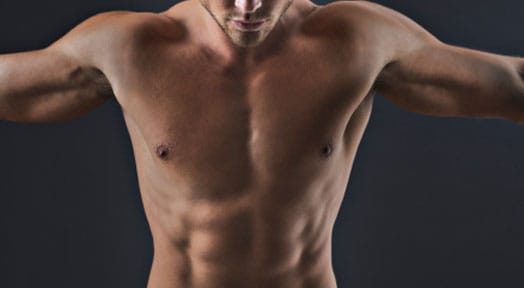 On the road to physical perfectness the average fitness enthusiast will begin their quest to build themselves to a solid rock chiseled proportional physique much to the appeal of just about everyone he comes into contact with. However time spent at the local gym will often prove that there are some body parts which simply do not respond to the traditional methods of training as well as others sometimes due to the lack of mass thus requiring special attention to be directed to these commonly referred weak point. which means you have to perform some weak point exercise.

How to tighten up those week point?

Most professional bodybuilders have achieved their physique through hard work, thankless effort and extreme dedication including countless hours of training. Sweat and blood often with small gains in muscle mass and build. This has resulted in a simple training method implemented to prevent the possibility of becoming disproportionate in their muscle mass by prioritizing training sessions focusing on hard gained muscles placing them at the top of the training routine list.

How do week point develop?

One unavoidable factor which plays an active role in the development of weak point for the average bodybuilder is the genetic makeup of the individual which will often require the person training to exercise careful planning with the right mindset and belief to tackle these stubborn weak areas for development.

Methods to train out the weak point for a better balance

In the prioritize sequence the weak areas are trained at the beginning of the exercise workout when the energy level is at the heights ensuring the workout is performed at a high interval training to effect the best results in muscle build. Training at high interval although effective is often abused by many beginners training a selective muscle group in a daily workout.

As such it is often recommended by professional trainers that selective muscle groups known as weak spots be exposed to strain alternatively every other day or no more than three times each week. Increasing the frequency of the workout is generally reserved for smaller muscle groups such as the calves, however it can be made applicable to larger muscle groups with some modification in the exercises used.

Strengthening weak point with the use of compound sets is another method of training hard gained muscle groups within men today. The compound set is basically a type of subset consisting the use of two sets for the same muscle group performed in a consecutive sequence. The exercise can be performed recognizing the exact same movement known as a drop set or two varying movements such as performing the incline bench dumbbell curls immediately followed by a set of standing barbell curls.

Staggered sets is an effective technique additionally used in training weak areas of the body in a short amount of time providing the trainee with the the added benefit of conditioning as a side effect. The staggered set is performed as the individual staggers during the weak point movement during the rest period of the normal workout.

At times a weak point will best be trained by impacting the muscle group with a heavy load to effect a burst through the plateau. As a result some bodybuilders when training weak areas will simply just stockpile the weights in an attempt to punish the weak point leading the bar with more weight than they are normally accustomed to lifting performing lower reps for each exercise set.