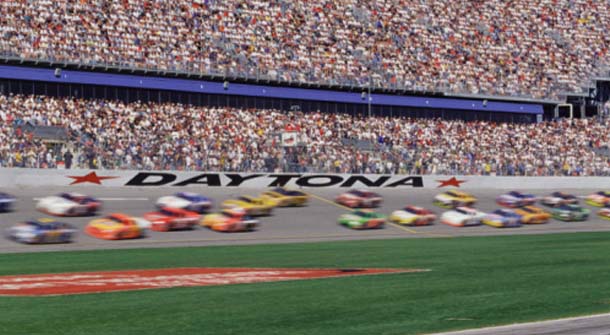 If you are a thrill seeking speed junkie you might already be aware of some of the most dangerous high speed sports out there. For the rest of us who appreciate watching more than participating we have a list of some of the Worlds Fastest Sports. Hold on to your seats and get ready for an intense ride as we take a peek into some extreme speed.

When you think of your winter vacation at the slopes you probably wouldn’t dream of hitting speeds over 100 mph. Not unless you are a professional speed skier. Speed skiing is largely revered as the fastest non-motorized sport in the world. Unlike traditional downhill skiing, speed skiing is straight downhill for about 15 minutes. These daredevils on skis reach up to speeds up to 150 mph hour pushing the limits of what the human body can withstand.

When most think of speed NASCAR and Indy Racing are usually the first to come to mind and for good reason. Indy cars average prolonged speeds up to 250 mph while packed in a track with dozens of other racers. NASCAR racing cars can respectively hit speeds over 200 mph and we all know the dangers of a turn gone wrong from the losses of greats like Dale Ernhart and more recently back in October 2011 of Dan Wheldon a championship winning Indy Car driver.

Traditional luge takes place on an ice course with an aerodynamic sled. We generally see this every 4 years at the Winter Olympics. Lugers have recorded speeds up to 90 mph as they navigate their way through a series of twists and turns. This sport requires nerves of steel and extremely precise handling.

All over the world extreme bikers take to the street to navigate through intense downhill obstacle at high speeds risking injury and most common sense. Like the Cerro Abajo Race in Valparaiso, Chile. A steep downhill descend through jumps, stairs, spectators and stray dogs to name a few obstacles. It’s something you have to see to truly appreciate the speed.