Botox For The Every Day Man a Bad Idea 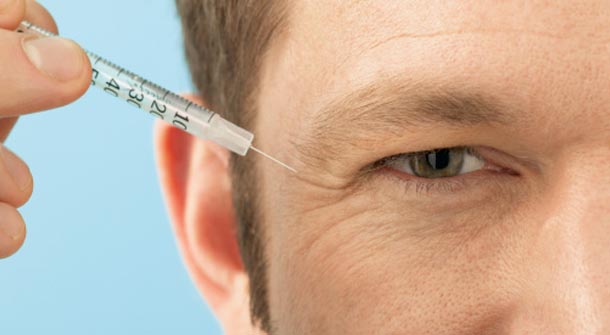 Botox for the every day man a bad idea. Quick fixes are hard to resist when it comes to feeling and looking younger. But not every easy solution is all it promises. In fact, some “answers” can actually cause more problems than they solve. One of the most commonly used (and misused) substances committed to anti-aging is Botox. Sure, it fixes little frown lines and crows feet in a matter of minutes, but it also carries with it a substantial level of risk for its results. Understanding Botox and is it right for you?

Botox for the every day man a bad idea

Botox is an injectible compound that paralyzes the muscles just beneath the skin, preventing the small micro-expressions and facial movements that cause wrinkles. It’s a temporary treatment that wears off in about 6 to 8 weeks. And so people typically repeat the treatment over and over again. What may surprise you is that more and more men are engaging in botox treatments as a way to stay ahead of the natural signs of aging.

How does Botox Work

Nearly 300,000 men received regular treatments of botox between 2001 and 2007 and that number is still on the rise. Yet, despite its popularity, few users seem to know its dangers. Botox is actually an organic toxin, the same as botulism. The injections can cause bruising, bleeding, pain, itching, numbness, facial tremors, mild to moderate seizures and even other neurological damage. Not exactly the types of side effects that most people associate with youth.

So probably not worth the risk. Right? Our advice? Find a good retinol-based face cream and stack up on sun block. You won’t spend as much money and it won’t cost you your good health either. As the saying goes if the women can do so can the men.