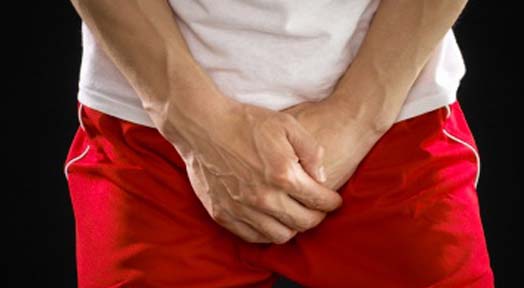 If you have ever had an itch down there you’re not alone. Jock itch (scientific name: tinea cruris) is a fungal infection that  develops on your genital region as well as your buttocks and thighs it is very common among athletes and men who work out frequently.

What is Jock itch?

This fungus thrives in a dark, damp atmosphere so you can get it by not showering after workouts, exercising in too tight of clothing or sharing garments with those already affected (that’s just plain gross). Symptoms include itching and burning sensation, and a rash on the skin surrounding your genital area that can have scaly bumps or a red – brownish color.

How to get rid of it

So if you find yourself with a case of jock itch don’t despair. Jock itch is annoying and very unsightly but it’s not a serious condition if treated right away. Simply by taking care of the affected area many cases are known to clear on their own without any intervention.

Keep it clean and dry

So your first line of defense would be to make sure you hit the shower after you workout and wash the affected area with an antibacterial soap. Dry off thoroughly with a clean towel or if you are reusing make sure you are the only one who has used that towel. After you have dried the area it’s a good idea to air out your groin completely. To do this you don’t have to frolic around nude just put on a pair of boxers.

Always make sure the boxers are fresh, don’t reuse from earlier in the day and make sure you wash all gym clothes after each use. Another really important tip is to stop scratching it. This may not be an easy feat since the itching and burning can get pretty intense. So if you find yourself unable to hold back from scratching it’s time to move on to some over the counter creams or sprays.

Now if plain washing and good maintenance is not enough to clear up your jock itch and you’re too embarrassed to go to your Doctor you can pick up antifungal powders or creams at your local pharmacy. Some of the creams will say right on the label that they are for jock itch like Lortimin Ultra, Gold Bond, or Tinactin but if you’re not sure exactly which one to use just make sure it is anti-fungal or you can use the same sprays and powders that are used for athlete’s foot as well. So if asking your pharmacist where the “athelete’s foot” treatment area is more comfortable for you go right ahead it all does the same trick.  If symptoms persist it’s time to make an appointment with the doctor you may need to take a cycle of an antiboitic to knock that fungus out for good.