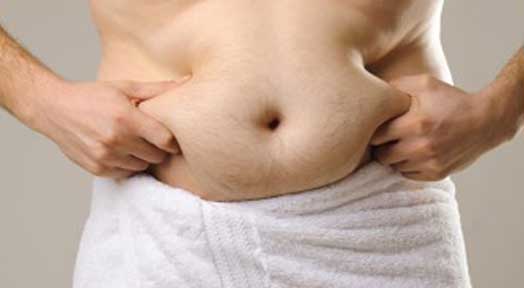 Sick and tired of having to constantly buy bigger sized clothing as your current items appear to be getting tighter and tighter on your body then lose your gut. Unfortunately, no matter how much you try to convince yourself, they aren’t shrinking in the wash and it is instead you that are getting bigger and heavier. If you’re guilty of having consumed too many burgers, pizzas, beers, and who knows what else over the years, you will now be paying for it, not only with a lack of health and fitness, but also with an oversized flabby gut that makes you feel pretty unattractive and pretty disgusted in yourself as well.

Tips to help you lose your gut for good

Which would you rather have – a flabby gut that looks as if you’ve swallowed a beach ball, or a lean, flat stomach several inches smaller than the one you currently have? If you chose the latter, and there’s a very strong chance you did, the good news is that you can achieve the body you’ve always wanted and lose your gut as it is never too late. You just need to know what to do.

Put down the remote!

If you’re serious about burning fat, shrinking your gut, and getting fitter and healthier, then you’re going to have to become more active, no ifs or buts about it. One common excuse that people tend to use for not going to the gym, or for a walk, or for doing any exercise at all for that matter, is that they say that once they finish work, they don’t have enough time. If you were to ask them what they watched on the TV last night however, they’ll be able to provide you with a detailed description. They don’t have time to exercise for an hour, yet they can spend 4 – 6 hours on the sofa in front of the TV. Hmm, something doesn’t quite add up there. If you’re serious about getting in shape, you put down the TV remote and you make time to exercise 3 or 4 times per week.

Cut out the junk

Junk food tastes pretty great, we aren’t going to lie about that, but in abundance it shaves years from your life and adds pounds and inches to your frame. To help get in shape, you’re going to have to say goodbye to the burgers, the cakes, the sweets, the chips, the candy bars, and even... the beer! The odd small treat now and then is ok, but 95% of the time you’re going to have to replace junk food and drink with fresh and healthy produce, including plenty of water, plenty of fruits, and plenty of vegetables.

Make sure you do cardio and resistance training

To help speed up results and make them more prominent and noticeable, you’re going to need to get pretty serious with your training. Eating healthy low fat foods is all well and good, but working out regularly is a great way of really seeing the best results. Think of it like washing hair. You wash it with shampoo, and that’s great, but for best results, you use conditioner afterwards.

The two go hand in hand with one another, as do diet and exercise. For fat loss, people tend to focus on cardio such as running, jogging, walking, or cycling, when in fact, as well as cardio, they should also make sure to include weight and resistance training in their weekly routines as well. This promotes lean muscle gain, which in turn boosts the metabolism, so you burn more calories much faster, and have more energy than usual as well.