Can Junk Food Damage your Brain? 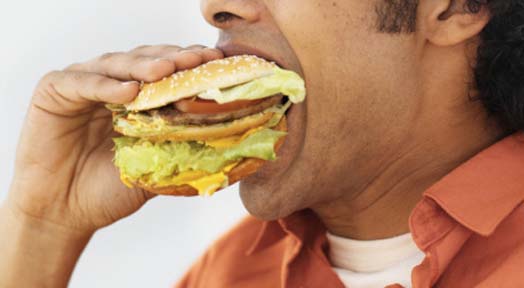 At the insistence of many nutritionists, scientists, healthcare professionals, and health advocates there is emerging evidence showing a strong correlation between the chronic diseases and poor nutrition like junk food that warrant urgent policy, legislative and public health interventions. There is an epidemic of diabetes and obesity in America that needs to be addressed. Obesity, heart disease, and diabetes have become more prevalent in the general population and the trend is expected to continue to grow.  It is reasonable to assume that if some food or food additives have deteriorating effects on the physical health, there is a possibility that the mental health and the brain are being directly affected as well.

What is considered Junk Food?

The definition and description of junk food varies as some nutritionists make reference to the mega calories of some meals or single/ supersized food item which have low nutritional value. Others focus on the methods of preparation, whether the food is fried, deep fried or prepared and served with a lot of gravy. For other health and fitness practitioners the concern is with the chemical additives being used to preserve or enhance the taste. This introduces free radicals in food which attacks healthy cells and tissue.

Junk food tends to be appetizing and there is a tendency to consume too much as the pleasure center in the brain becomes overstimulated and fails to recognize when enough is enough. The appeal comes from the salty or sweet taste which also stimulates the taste buds. Unfortunately there is often too much salt and sugar used in the preparation of these foods. There has even been suggestions that some foods and drinks have been formulated to be addictive to the consumer.

The Effects of Junk Food on the Brain

We might have, at some time or the other, experienced cravings for junk food, albeit a fleeting urge. Cravings are strong and sometimes this overwhelming urge can be triggered by a visual advertisement or jingle.  There are university studies which establish that the junk food advertisements can cause people to crave for certain foods. Just like when you see that late night McDonald’s commercial and find yourself feeling for some hot fries. What has triggered such a drastic action is the scientific evidence that foods high in fat and sugar can be addictive in much the same way as recreational drugs.

Is there a way to make healthier choices

Reducing or substituting foods like fast food burgers and fries is a good start, instead you can try turkey/ chicken burgers with baked veggie chips. Grilling and broiling meats is a healthy option, but be careful not to char or burn the food as this introduces potentially harmful carcinogens.

We must all reject the use of Trans fats in the preparation of snacks and meals. It gives snacks a delicious taste but unfortunately the evidence is mounting that long term consumption has been linked to cancers. Trans Fats have even been banned from restaurants in New York and Switzerland due to the mounting evidence against them. To safeguard yourself and your brain no diet or quick fix will work. You need to make a convincing effort to make certain changes in your lifestyle to ensure a healthy mind and body.