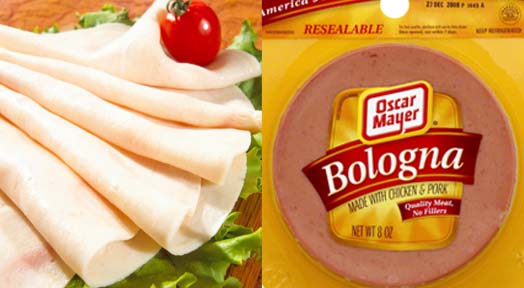 When people talk about getting fitter and healthier, there are typically two big changes that they intend to make in their lives. The first change is in regards to exercise, or lack thereof anyways. The second is in regards to their diet and eating healthy. They pledge to cut out processed, sugary, fatty, artificial ingredient enriched junk foods, and eat healthy, natural, low fat foods instead. So there you have it, more exercise, and a healthy diet, they can’t fail right? Well, in theory, no, they can’t, providing of course, they know exactly what they should be doing exercise wise, as well as what exactly they should be eating and drinking, and what they should be avoiding. But what about the hidden dangers of Deli Meat that appears to be lean protein?

Take deli meat for instance. Now, on paper, these meats are extremely healthy as they’re fresh, low in saturated fat, and are rich in protein. However, it’s important to know what to watch for, as well as to understand that these meats aren’t always quite as healthy as you may first have thought.

What makes some deli meats unhealthy?

To be blunt, it’s the hidden danger of deli meats is that many of them are actually processed before they make it to the counter. Processing refers to meats which have been altered in some way, as a way of preserving them for longer, or to simply make them look and taste more appetizing and appealing. Generally, some meats are cured with salt, to help prolong shelf life, allowing it to stay fresh for longer, before it begins to oxidize, and eventually turn bad. Obviously, this boosts the salt content quite dramatically, and as you probably know, salt is very unhealthy indeed as it can lead to high blood pressure, and even an increased risk of a heart attack. Other methods of preserving often require artificial chemicals to be added to the meat, a numbers of time for example. These artificial additives and preservatives, have been proven to be very hazardous to your health.

Sometimes the meat will even be ground up with special machines, where extra fat will be added to help make it moister and juicier, before it is reshaped by more machines. By the time it goes on sale, it is no longer simply a lean source of meat, it is now a ground up, reshaped, salt and fat laden slab of something that resembles meat. This certainly doesn’t refer to all deli meats of course, as there are many in the world which now stock organic, fresh, and completely natural meat, with nothing added to it in the slightest. You can even watch the butcher slice it right before your eyes.

When can deli meat be healthy?

As we said, certain deli counters all over the world, now stock completely natural, low fat, unprocessed organic fresh meat, making it extremely healthy indeed. Natural fresh deli meat, is rich in protein, which is essential for the growth and repair of muscle tissue. Not only that, but as long as you choose a lean source, turkey for instance, it is also low in fat, which can help to regulate and control a person’s weight.

Certain meats, especially red meat, also contain the minerals iron and zinc, both of which are extremely good for us indeed. The main message we’re trying to put across here, is that if the deli meat is simply meat, nothing more, with nothing added. Or not having undergone any processing or curing treatments, then the meat itself can be extremely healthy. However , it’s important to know about the hidden dangers of deli meat so you can make the right choice.