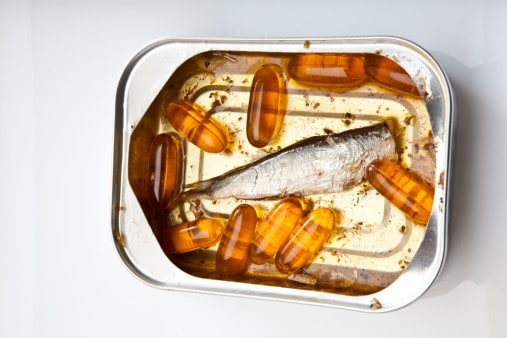 We’ve heard a lot of positive news about fish oils. They have quite a few health benefits including anti inflammatory properties. For these reasons, fish like tuna, trout, and salmon have been touted as part of a healthy diet. But we are familiar with the old saying about having too much of a good thing. Can too much fish oil lead to prostate cancer?

A study based out of Seattle revealed that increased levels of fish oils in the blood may have a link to an increased risk of prostate cancer. The greater the level of the fish oil in the blood, the greater the risk of prostate cancer became according to the researchers. The risk was particularly associated with the omega-3 fatty acid, which is proclaimed as one of the most important fatty oils. Omega 6 was actually associated with less of a risk. You may not be as familiar with omega 6, but this is because it is more common in our diet than omega 3, and so not as much emphasis is placed on this particular fatty acid (also called linoleic acid).

Is fish oil bad? What are we to do?

So have we been lied to? Should we be avoiding fatty fish like tuna and salmon, and focusing on increasing our omega 6 intake (it’s commonly found in oils like cottonseed or sunflower)?

Here’s the problem. The study wasn’t actually designed to see if there was a connection between fish oils and prostate cancer. It had a completely different purpose. The data is couple of years old, and was simply recompiled. But doesn’t that make the information more reliable and less biased? Not necessarily.

Problems with the Study

Just because the presence of fish oils seems to be connected to prostate cancer in some way doesn’t mean that it is causing the cancer to occur. Also, were the men in the study getting a lot of fish oils in their diet or were they taking supplements? The study doesn’t say. So the problem could potentially lie in a supplement and not a food. We’re the men smokers? Did they have a family history of cancer? Were they all exposed to similar chemicals or toxins? Did any of them exercise? Because the study wasn’t directly about this, there isn’t any data to show that the connection isn’t a coincidence.

The fact is that we can all benefit from eating a balanced diet in moderation, drinking a lot of water, and exercising on a regular basis. When we try to get more specific than that, it seems like conventional wisdom changes on an almost daily basis.