How Healthy Is Olive Oil And What Is Are The Benefits 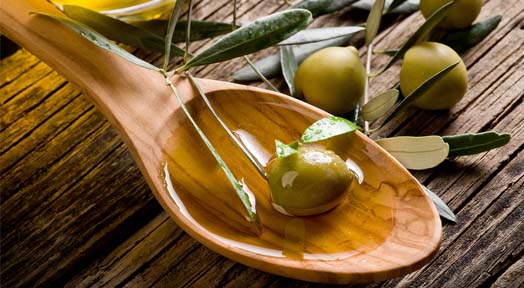 When people talk about healthy foods, olive oil often pops up as one of the first foods on their lists. The reason for that is not surprisingly the fact that it is indeed far healthier than other oils, which sometimes contain saturated or trans fats, which are extremely bad for us. Yes, olive oil does contain a high amount of calories as it’s still an oil, but it’s considered a great source of healthy fats, which can help to aid in weight loss, reduce blood pressure, and lower levels of harmful cholesterol too.

How Healthy is Olive Oil?

Now, as far as healthy olive oil is concerned, generally speaking, extra virgin olive oil is considered the be all and end all of healthy oils. Extra virgin olive oil basically means that the oil contained within the bottle has been directly extracted from the olives, and squeezed and filtered straight into the bottles, with nothing added and no extra treatments occurring. This is completely natural so it’s obviously the healthiest form of olive oil. The problem however, is that once again, big powerful companies are putting profits before their customer’s health, and are essentially lying to their customers about what they’re actually selling them.

So what’s going on?

Basically, a number of unscrupulous businesses, stores, and companies all over the world, are tampering with their so called “extra virgin olive oil” meaning that it isn’t extra virgin at all. Why are they doing this? Well, shock horror, because it saves them money. These big companies are ordering their suppliers to use any remnants of olives they’ve already used previously, to extract every last bit of oil out of them. Now, that probably sounds reasonable, after all, if there’s oil left in the remains of olives used on previous batches of olive oil, what’s the problem?

Well, the problem is that these remnants of olives can be old, rotten, and months and months old, meaning that all of the health benefits will have long since died. What’s left is a pale, weak, bland tasting oil, that’s been stripped of all of its golden yellow color and antioxidants and other nutrients. They’re making up the difference by using cheaper, unhealthier oils such as canola or soybean, and are even going as far as adding dyes and food coloring’s to get that distinct golden yellow green color one associates with extra virgin.

So what can we do about this?

While some companies and manufacturers in the Mediterranean are doing this, many other reputable manufacturers are appalled and are doing all they can to ensure that their oil is as healthy and as pure as is possible. Many companies in California, US for instance, are quickly building a reputation for selling the finest quality extra virgin olive oil, while raising awareness about the unethical goings on in other parts of the world, and what you can do to stop it.

With that being said, if you’re looking for extra virgin olive oil and you want to ensure it’s as healthy as possible, always choose to purchase from reputable stores, many of whom will be happy to explain and even provide proof of how their oil is created. If it looks cheap and weak, it tastes cheap and weak, and is from a company that not too many people are aware of, then forget it, and go with somebody you can trust instead.