Paleo Diet Plan the Right Choice for You? 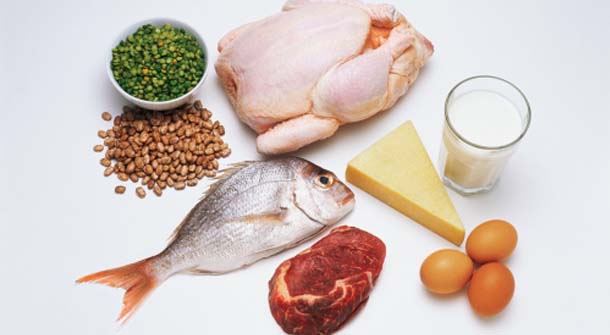 The idea behind the Paleo meal Diet plan or the Stone Age Diet has been around for decades since gastroenterologist Walter L. Voegtlin first popularized the diet in the 1970s. Since that time the Paleo diet has grown in and out of fashion, but in recent years the diet has become popular once again as the need for a healthier and more natural diet sends people looking to the past to help make that happen.

What is the Paleo meal Diet plan?

The Paleo Diet is the concept of returning to the “hunting and gathering” diet of our Paleolithic ancestors who lacked the agricultural or technological means to create their food for them. The originator of the diet, Walter L. Voegtlin, believed that our genetics play a major part in our health when it comes to the foods we eat and that humans as a whole still require the diets of Paleolithic man to retain a healthy and active vitality. This means that refined foods with things such as trans fats and sugar are the root cause of health problems such as obesity, diabetes, cardiac disease, Parkinson’s, Alzheimer’s and so forth which have become more of a problem as the foods we eat are processed far beyond their natural state.

What Can You Eat on the Plan?

Fish, seafood, chicken, duck, turkey, eggs and so forth, preferably grass fed as this keeps the overall substance of the proteins as close to the original meats found in the proteins Paleolithic men ate in their diets.

You can eat as much vegetables as you want as long as they are kept as close to their natural state as possible… meaning don’t fry them. For fruits, many have natural sugars and higher calorie counts that can hinder the dieting process, so try and restrict them to only about 2 servings a day.

These are a great source for healthy energy and protein so adding in a serving or two a day can help keep you healthy and active, however they can be high in calories so don’t overdo it.

Tuber or root foods such as sweet potatoes, yams, turnip, ginger, etc are a natural part of the Paleo Diet and should be incorporated into meals. These are higher in calories and carbs, but help to fill you up quicker and for longer periods, they are great as a meal after a workout as they help to replenish your energy with carbs that provide fuel for your body.

Think natural oils such as coconut oil, olive oil, etc. Stay away from refined oils such as vegetable or canola oil.
Is it the Right Choice for You?

The Paleo Diet may not be best for everyone as it does restrict a great portion of the foods found in grocery stores today, but it has been proven to provide a healthy alternative to those who are looking to lose weight or improve their body’s health as a whole. Like with every diet there needs to be a balance of the food eaten so that you get all the nutrients you need without overeating or indulging in foods that would hinder rather than help with the diet. Because the diet steers clear of refined foods people on the Paleo Diet plan will find that they are less at risk for many health issues such as diabetes, cardiac disease and so forth, which is a bonus if the goal of the diet was only to lose weight.