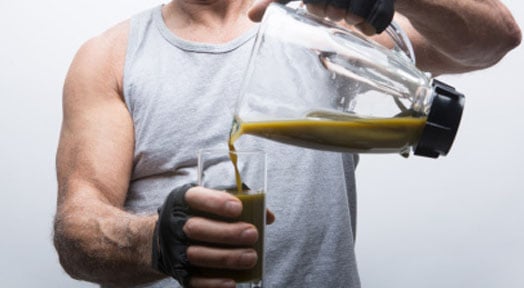 The Post Workout Protein Timing otherwise known as the golden post workout has been hailed by many in the fitness industry as a once in a lifetime opportunity claiming the vitality of this meal timing to muscular tissue growth.

There are a vast number of theories and suggestions ranging from the necessity to consume a particular ration of carbohydrates and protein directly after the workout to consuming a post workout meal within the hour after training.

The average beginner and even some advanced fitness professionals have found themselves terrified of the concept of having just a few minutes to an hour to consume a post workout meal before the opportunity slams shut in their face. To date the post workout meal concept has become so viral among the fitness industry it is almost epidemic. The truth to this so called myth is, Protein synthesis which is known as the period of time the muscle growth is stimulated by strength training is NOT within the so called specified times of the one, or two hour many have come to believe. Rather this growth period remains elevated for more than 24 hours after the last successful workout.

During a scientific study in 1992 to observe the specific changes in protein synthesis after performing a series of resistance exercises by Chesley A, MacDougall JD, Tarnopolsky MA, Atkinson SA and Smith K, two groups each consisting of 6 male subjects were observed. Both groups performed a series of heavy resistance exercises using elbow flexors on one arm while effectively using the opposite arm as a control factor. The results after the training exercise was assessed where it was discovered that a single incidence of high impact resistance training can increase the biceps muscular protein synthesis for up to twenty four hours after the exercise. It was also noted that the observed increases were due to specific changes in the body's post transcriptional regulation or the control of gene expression at the RNA level.

One of the theories for the creation of this widespread myth is found in the suggestion that bodybuilding supplement companies have created this false idea to project their varying messages to the public via internet publications, magazines, sponsored athletes, professional bodybuilders and supplement advertising to falsely certify this idea that these post workout protein supplements are vital for optimum muscular tissue growth.

Many people have additionally claimed that consuming fast digesting protein foods immediately after a training exercise is necessary to allow the protein content to access our muscle tissue as quickly as possible to begin the recovery process thus enhancing a after growth period. However this claim has been found to contain a significantly large number of flaws. Mainly due to the fact that the fastest absorbable protein found in dairy product like milk takes hours before it is successfully digested within the human body and allowed to each the muscle tissues.

Many of these fortune 500 companies are great masters in convincing individuals to purchase items they rarely need if any at all. Sadly many people and even professional athletes have become so over obsessed with this post workout protein concept that they are constantly living their lives in fear that their health and very existence is dependent on these products to maximize their time and effort spent at the local gym.