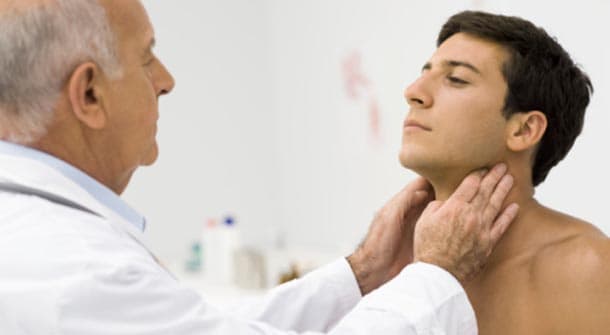 We men have a real knack for burying our heads in the sand, and hoping that if we ignore any problems long enough, that they’ll go away and sort themselves out. When it comes to our health, unfortunately ignorance is most certainly not bliss at all, and ignorance could actually be deadly.

Men should ask their doctor if they think something isn’t quite right.

If we suspect we may be suffering from a certain ailment, but we simply refuse to see a doctor, then there are usually two reasons for this. The first is that we’re scared of what they might find, and the second is that it could be a potentially embarrassing problem. Never the less, if any man suspects that something isn’t quite right with their health, they shouldn’t be afraid to ask their doctor. Despite this fact, here are a few of the most common questions men opt not to discuss at their yearly check ups.

I’m suffering from a spell of impotence, is there anything I can do?

Impotence is extremely common in men of all ages, especially those that are middle aged, and in most cases it can be treated. One of the most effective methods is with the prescription of a little blue pill known as Viagra. This is very effective, but most men are too ashamed to ask for help.

What could have caused my impotence?

Sticking with the impotence theme, another common question that men should be asking their doctors, is what could be the cause of their impotence. Impotence can be caused by stress, certain medications, smoking, alcohol, lifestyle choices, poor diet, lack of sleep, and a lack of exercise. By having a simple conversation with a doctor they can get treatment and it might even be a simple as making some dietary and lifestyle changes that could have their sex lives back to normal in no time at all.

I have to urinate frequently, is this normal?

A fully grown man would often struggle to admit to anybody that they frequently have to use the bathroom, yet although at first it could be construed as a part of aging or perhaps you had consumed too much to drink. There is a deeply disturbing possibly lurking in the background. Prostate trouble, such as prostate cancer, is relatively common in men, particularly those that are older, and one of the tell-tale signs of prostate problems is frequent urination, or bladder problems.

Mentioning the fact that you wet the bed far more often than you should, could actually help to treat or prevent a very serious health condition, or possibly even save your life in a worst case scenario. Now, if you wet the bed after a night of heavy drinking, it might just be a coincidence, but other than that, get yourself to the doctor and tell them what the problem is.