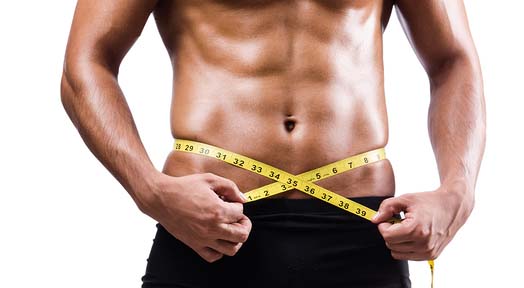 Many men, although they may not admit it, are actually extremely self conscious about their bodies, and if they were given the choice, would be in much finer physical condition than they currently are, and would want nothing more than to parade around in the hot sunshine, with their shirts off and their muscles gleaming. Instead however, if many of them were to do that, rather than muscles gleaming, the sight would be pale fat wobbling. Now, fat loss is certainly not an easy task, if it was, we’d all be in shape. What it is however, is a science of sorts, and once you understand it, things will become far clearer and far easier.

Calories in versus calories out

Fat loss is basically a matter of calories in, versus calories out, and once you understand that, things suddenly begin to make perfect sense and sound far less complicated and complex. The human body needs a certain amount of calories everyday in order to keep it alive basically, and to ensure that it’s able to provide enough energy for us to get through the day, and for the various processes and chemical reactions taking place inside of our bodies, such as protein synthesis or even just digesting our food for that matter. Now, everybody is different and there are other factors to take into consideration such as muscle mass, but generally speaking, men require around 2500 calories per day. Muscle requires more energy to maintain and for that reason, muscular people require more calories to maintain their mass.

Breaking down of calories intake to the body

When it comes to losing weight, or gaining weight for that matter, it’s really just a case of considering how many calories we’re consuming, and how many we’re burning. If a person requires 2500 calories per day for example, and they consume 3000 calories, then they will be taking in more than they need, and the body will break the remaining 500 calories down and store them as fat for a later date. If however, that same person only consumed 2000 calories a day, they’d be creating a calorie deficit of 500, meaning that the body would need another 500 calories to function properly.

It would then go into starvation mode and would look for the next nearest available source of energy, and would tap into the body’s natural fat stores to make up the difference. The bottom line is that in order to lose weight, you either need to consume a certain deficit of calories, or you need to engage in physical activity, which will also burn off calories, and once they’re gone, the body will again tap into our fat stores to provide the energy necessary to get through the various forms of exercise.