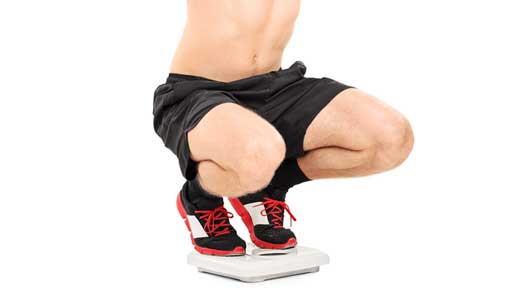 If you’ve ever tried rapid weight loss, and there’s a strong chance you will have at some point in your life, you’ll know right off the bat just how difficult and frustrating the entire process can be. In one of life’s many cruel and ironic twists, it appears as if everything that tastes great is bad for us and makes us fat, and that it is also much easier to gain fat than it is to lose it again. In order to lose weight, people are encouraged to lead an active lifestyle and get plenty of exercise, along with fresh and healthy foods and drinks, that are naturally low in fat and packed full of nutrients.

Many experts recommend people should aim for a slow and gradual weight loss of around 2.2 lbs per week on average. Anything above that, and they claim this is dangerous and excessive and could lead to problems further in life. New studies conducted however, have revealed a much different picture, as there is evidence to suggest that rapid weight loss could not be as bad as we once thought it to be, and it could actually be beneficial for weight loss purposes and also for our overall health as well.

First off, what’s the difference between slow and steady weight loss, and rapid weight loss?

Although by looking at the names we already probably have a pretty good idea about how each method of weight loss works, just to be clear. Slow and steady weight loss is where individuals looking to lose weight will gradually lose small amounts of weight, aiming for around 2 – 2.5 lbs of weight lost each week, sometimes less than that.

What is considered Rapid Weight Loss?

Rapid weight loss however, is when individuals aim at losing as much weight in as short a period of time as possible. Typically, anything less than 5lbs loss per week is considered a bad week. Individuals losing weight in a slow and steady sense will aim at exercising at moderate amount, but will aim at either keeping their calories at maintenance levels, or simply creating a small deficit of around 200 calories per day.

On paper, the slow and steady weight loss looks far healthier but in reality the results don’t always point to this. In one study, 200 random participants were assigned to both gradual, and rapid weight loss programs, over a 19 month period. Both sets of groups achieved weight loss results, with the rapid weight loss students losing 12.5% more than anticipated. They then started a second phase of the study, in which they all gained most of the weight which they had lost, back.