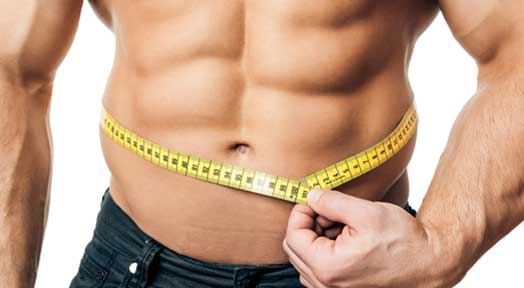 When it comes to an aesthetically pleasing physique, it’s probably pretty safe to say that belly fat is one of the most unsightly and unattractive places to store fat on our entire bodies. Unfortunately not only is it unattractive, it is also one of the most common locations for storing fat, which can cause a variety of problems. To begin with nobody really wants a fat belly as they generally feel unattractive and self-conscious.

Perhaps more seriously than that however, is the fact that visceral (belly) fat has also been found to be far more dangerous than subcutaneous body fat. The reason for this is that visceral fat can actually form a thick layer of fat over our internal organs, which then places them under intense pressure and squeezes them slightly, thus making them less efficient. The good news is that like all fat, belly fat can be burned off with a combination of diet and exercise, the trick is knowing what you should be doing.

HIIT stands for High Intensity Interval Training, and it has been proven to be the most effective form of cardio for when it comes to fat burning. HIIT requires individuals to alternate between periods of slow and steady exercise, and high intensity fast paced exercise. So, on a treadmill for example: A person may walk at a steady pace for 90 seconds, before sprinting as fast as they can for 60 seconds, before walking for 90 seconds and so on. They will generally perform this exercise for a number of rounds, with the total workout lasting around 20 – 30 minutes. Not only does this burn calories during the exercise, but it also increases the metabolism for several hours after the workout. This is known as the ‘afterburn effect’ which basically means you burn more fat than usual, even in a rested state.

As you’re storing this belly fat on your midsection, naturally a fantastic way of targeting this fat is to perform core exercises that work this particular part of the body. Stomach crunches, planks, leg raises, and sit ups etc are all great examples of core exercises that strengthen and tone the muscles in the core, and help to burn stubborn belly fat in the process.

Swimming is another fantastic form of cardio that is low-impact yet will burn hundreds upon hundreds of calories in as little as just one hour. Swimming is especially beneficial for people who suffer from joint aches and pains as the water takes the strain and stress off these joints. What’s more is the fact that many swimming strokes actually activate core muscles found in and around the stomach, which in turn helps to break down belly fat and build and tone the abdominal and oblique muscles instead.