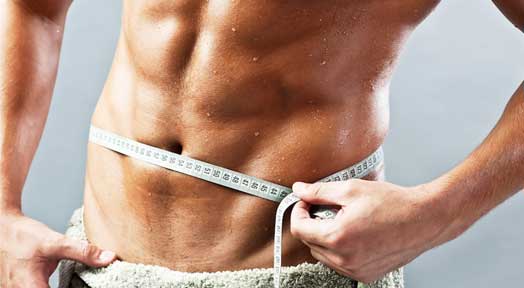 Three reasons you’re not losing weight. We all struggle with our weight from time to time, and we all wish that we could lose weight from time to time. Whether you simply want to drop a couple of pounds, or a couple of hundred pounds, you no doubt don’t need us to tell you just how difficult it actually is. What makes it especially frustrating is when you’re doing everything right (on paper at least). You’re not eating junk food, you’re exercising more, and you’ve cut down on the amount of alcohol and sugary drinks you consume, but the weight just isn’t coming off. This can be very demoralizing and actually causes many people to just say “what’s the point”? And then proceed to chow down on a large pizza or burger. Every single body is different, and this article aims to give you a few hints and clues as to why you’re not losing weight when you should be.

Ok, so you’re eating fresh fruit and vegetables, are exercising more, but are refusing to drink water because you find it bland and boring, and are choosing so-called “diet” sodas instead. These diet sodas aren’t diet anything at all. They don’t contain sugar, wow! Neither do our armchairs, but we don’t advertise them as “diet armchairs”. People fall for big companies’ clever advertising and marketing, and think they’re being healthy by drinking these drinks. These drinks contain aspartame, an artificial sweetener that causes cancer and should be banned, so stop drinking them and opt for healthy mineral water instead. Drinking water helps to speed up our metabolisms, supplies us with minerals, keeps us hydrated, and even helps to suppress our appetites, so aim at drinking at least 2.5 liters per day. Mineral is best, but if not, a cheap water filter jug will do the trick as well.

If you don’t get a good night’s sleep, then the body doesn’t function as well as it should. A poor night’s sleep, or a disrupted sleep schedule can affect the body’s hormone axis, meaning that your metabolism is slowed down and affected, thus leading to weight gain, or hindering weight loss progress. If you’re not getting a good night’s sleep, you won’t be able to process and metabolize food properly either, meaning that it sits in your stomach for longer, allowing your body to absorb more and more fat as a result.

3. You’re eating too many carbs late at night: not losing weight

Carbohydrates are broken down into glucose, which the body then uses for energy. Glucose is a type of sugar, and as you know, sugar is bad. If you eat too many carbs late at night, your body will turn them to glucose, but as you’re not active in your sleep, your body doesn’t use it as energy, and instead stockpiles it for a later date. The problem here is that it stores it as fat, and that’s a big problem. Try to not eat large amounts ofcarbohydrates after 5pm and see if your weight loss increases after a few days as a result.