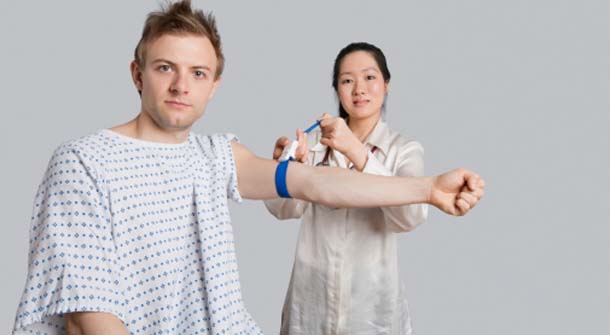 When it comes to health concerns there are countless things that can go wrong, but there are a few health risks for men that lead the pack where your health is concerned. For men the simple truth is that we are just less healthy than women, our numbers surpassing women in a significant portion of the leading causes of death throughout the world. Luckily, knowing about your health risks is one of the first steps to avoiding them.

Top 5 health risks for men to watch out for

Heart disease and strokes are the two leading causes of death worldwide and men find themselves with more cardiovascular issues nearly 2 to 1 compared to women. This disease happens through plaque building up in the arteries of the body, clogging the blood flow and causing clots to form that can lead to heart attacks and strokes if left unattended.

Though smoking rates have fallen in recent years due to greater outreach when it comes to health awareness, smoking related lung cancer is the leading cause of cancer deaths in men worldwide. Over 85% of lung cancer diagnosis’s are due to smoking and sadly most men who are diagnosed with lung cancer live less than a year after the cancer is found because it is often missed until it is too late.

3. Prostate Cancer – one of the top health risks for men

The little walnut sized gland is a health issue that men are exclusive to the male body. The prostate is a gland that helps with sexual health and ejaculation, releases fluids that help to preserve sexual health throughout a man’s life. However, as men grow older the prostate is more likely to develop issues such as cancer with 1 out of 6 men developing it within their lifetime. which make it one of the biggest health concerns for men.

For years the medical community believed depression was a medical issue that was more prevalent in women than men. However recently new data has suggested that the statistics may be greatly skewed due to men feeling the need to hide depression and feelings. Men are less likely to reach out for help when experiencing depression as it is seen as less “manly.” This dangerous health risks for men makes suicide the 8th leading cause of death in men worldwide (with the ranking higher in male teens and twentysomethings).

With obesity on the rise diabetes is quickly becoming a more common health risk for both men and women today. With men born in the 90’s having a 1 in 3 chance of developing diabetes in their lifetime. The silent killer is often left unattended for years as it raises blood sugar levels and alters the very functions of the body as it progresses. The health issue can cause a variety of problems from the risk of insulin shock to limb amputation and in extreme cases death. Diabetes is one of the most serious health risks for men that is too important to ignore.