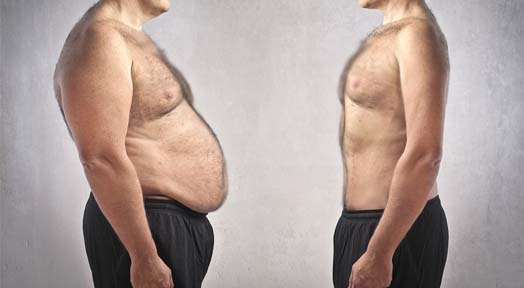 Age related weight gain are more common than you think when we’re younger, most of us can get away with eating what we want, and drinking as much as we want, and not gain a single pound of body fat. These days however, as old father time begins to catch up with us, all we have to do is look at a can of beer, and we suddenly gain 2 or 3 lbs of body fat. Yes, as we grow older, we suddenly find that we can’t actually eat as much junk food anymore, or drink as many beers as we once could, because our bodies seem to want to store and cling onto body fat like it’s going out of fashion.

As we grow older, our metabolism begins to slow down, so that it’s easier to gain weight, and harder to lose it. There are however, several hormones which researchers are particularly excited about, due to the fact that they could significantly help to reduce the amount of age related weight gain.

This hormone  actually releases solely from fat cells within our bodies. It works by basically interacting with our brain, convincing it to tell your body that it requires less food and less calories than it actually does. Generally speaking, the more fat you have, the more leptin will be released, which sounds like a good thing right? Well, not exactly, because too much leptin being released at once, results in a condition known as leptin resistance. Not surprisingly, leptin resistance is basically when your body becomes resistant to leptin and the signals that it sends to the brain, effectively rendering it completely useless.

Most people known of insulin, in the sense that it affects diabetics, and it’s influenced by blood sugar levels. However, insulin is also vital for our bodies as it helps us to recover following exercise, as well as playing a key role in the building of muscle. Insulin is designed to breakdown sugars and maintain blood sugar levels within the body. When carbohydrate and sugar intakes are too high however, insulin basically runs wild within the body, acts out of character, and can actually slow down the burning of stored fat within the body.

This hormones essential does the exact opposite of what insulin does. Glucagon breaks down the body’s natural reserves of stored fats and carbohydrates, and releases them so that the body can use them as a source of fuel and energy. Many protein rich, low carbohydrate meals are considered optimal ways of ensuring that glucagon levels are at their highest, essentially allowing a person to burn more fat and enjoy more energy as a result.