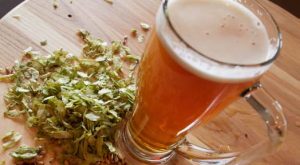 Studies show that home brewing is on the rise. Purchasing beer is nothing like sipping a home-brewed craft beer. Putting work into DIY Beer seems like a lot of effort, but it is actually not that hard and quite inexpensive after the purchase of a basic home kit. Follow these four fairly simply steps to beer making at home.

1. Yeast is the first essential ingredient.

Prepare 2 quarts of water, 6 ounces of dry malt extract and 1 package of instant starter wort. Heat the water and malt and boil for about 10 minutes and then wait until it cools to roughly 60 degrees F. This is about room temperature. Follow manufacturer's instructions on sanitizing your gallon container.

2. Then a process called pitching the yeast is required.

In this method, the user tosses 33 billion yeast cells into the wort. Cover the wort with aluminum foil. Aluminum foil is great for covering because it is not air tight. The next step is to make the mash. This is not always a necessary step and using a prepackaged malt extract can render great results. Extracting sugars from the grain can be a satisfying step to authentic beer maker. Prepare 11 pounds of grain and 11 quarts of water. Use grains such as German wheat malt, flaked oats or caramel pils malt. Add all the ingredients to the pot and turn up the heat to 150 degrees F. Proceed boiling at this temperature for 1 hour. To test the mash, place a drop of iodine into a spoonful of mixture. The brown iodine should turn black. This indicates that starch is present and more mashing needs to occur. The presence of the correct amount of sugar will keep the iodine the same color brown.

3. The next step is to prepare the strainer.

This type of large strainer is called a lauter tun and it is large so it can properly separate the wort extraction and drain the sweet liquor. There are budget-friendly lauter tun's so google search DIY lauter tun to find the best option. Next, capture the first runnings, the runoff liquor, in the brewpot. Once the runoff occurs, heat the remainder of the water over the grain in the lauter tun. Be sure to capture the second runnings also. What remains in the brewpot is Wort, a sweet liquer, that is now ready to boil. Prepare 1 ounce 4.5 percent alpha-acid Styrian Goldings hops, ½ teaspoon of ginger and 1 cinnamon stick. Bring the wort to a heavy boil and be sure to not overheat otherwise you will have a sticky mess that is tough to clean up. Once the boil occurs, add the hops in the pot and boil for 60 minutes. The placement of the hops in the process will vary depending on the brew type. Hops gives the bitter flavor.

4. Lastly, add a cinnamon stick to give a kick of flavor.

Next, bring the wort down to a fast cooldown. It is important that the cooldown is fast so that bacteria do not form. Use a wort chiller or put the pot in a sink full of ice. Do not add ice directly to the brew. Cool until the beer is 68 degrees F, then strain and bring the mixture to a sanitized carboy. Add a blowtube to the top of the carboy while placing the other end under a few inches of water as a sealant. Fermentation will occur during the week. Use a siphon to transfer the wort to another clean container. Bottle after two weeks.

To properly bottle the beer, take ¾ cup of corn sugar and boil for 15 minutes in a water pint.

Add the cooled sugar to the bottom of the bucket used for bottling. Afterward, add the beer to the bucket. The sugar is food for the yeast and causes the bubbling in the beer. Wait two weeks and let this final fermentation process take place at room temperature. When finished, the beer should be carbonated, delicious and ready to bottle into rounds with friends.