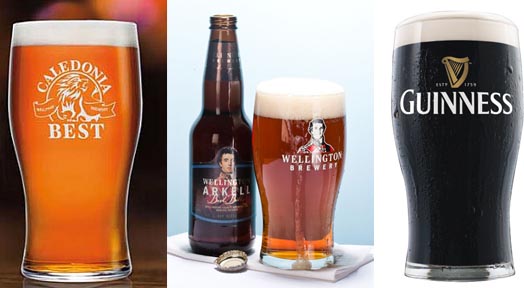 Reason why you should drink the best tasting low calorie beers, We all know just how difficult it can actually be to keep our weight under control. For many of us, we need only sniff a fatty food or a sugary beverage and we gain about 10 lbs, which then takes us weeks upon weeks to lose. Yes, gaining weight is unfortunately much, much easier than losing weight, so for that reason, we need to be far more vigilant when we think about what it is we should be eating and drinking.

Take beer for instance, how many of you are partial to a nice frosty beer in an evening after a hard day’s work? Many of you we’re sure, as beer is one of the most popular beverages in the entire world. It is also one of the most calorific beverages in the entire world, which is why so many men are now walking around with a ‘beer belly’ rather than a six pack. For many, the only six pack they see if the one containing six cans of high calorie beer or lager. However, the good news is that many low calorie beers are now making their way onto store shelves, and to be honest, not only are they extremely low in calories, they also taste great too.

People see this dark, cloudy, ominous looking stout beer, and automatically assume it’s extremely rich and high in calories. In actual fact however, Guinness is one of the lowest calorie beers available. It contains only 144 calories per 440ml, which is extremely impressive indeed. It’s also rich in iron, an essential mineral that has a number of health benefits for the human body.

If you happen to be a fan of slightly maltier beer, then Caledonian 80 shilling should hit the spot just right. Beers with slightly more malt than others tend to contain more calories than most, due to the fact that the malt is so high in carbohydrates. This smooth, yeasty malt however, is different. One bottle of this tasty beer contains just 123 calories, which is extremely impressive indeed.

If you’re a bitter lover, you’ll want to check out this delicious beer. The taste has been described as a slightly nutty, mild caramel, with a touch of bitterness from the hops. This beer goes especially well have grilled rich gamey meats such as venison or lamb. One bottle of this beer contains only 120 calories, so just like the beers listed above, you can indulge once in a while, and not feel guilty or pack on the pounds as a result.