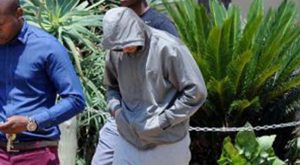 The shooting of Reeva Steenkamp who was the girlfriend of the famous Olympian athlete Oscar Pistorius has shocked the nation of South Africa. The story of Oscar Pistorius (known as the ‘blade runner’) reads like an Agathe Christie novel. Oscar Pistorius sobbed at his court appearance this morning as the judge charged him with premeditated murder.

M-Net Movies said in a tweet early yesterday less than eight hours after the shooting that they want to show the due respect to Reeva Steenkamp by immediately pulling its entire Oscar campaign featuring Oscar Pistorius "effective immediately." The program was featured across South Africa and was slated to be watched by tens of millions worldwide.

The television ad campaign also featured on billboards to promote latest Hollywood movies shown by the station includes a line: "Every Night Is Oscar Night". The program has developed a following that was growing in numbers every day.

But Reeva Steenkamp was a rising star herself, she was not only a law graduate and an upcoming TV presenter but she was also a rising entrepreneur who employed people in a fruit and vegetable export company. Capacity Relations, the agency that represents Steenkamp said she was an angel that walked amongst us and will be sorely missed.

But she was even more than that as she was also the face of Avon Cosmetics for the last two years. The 30-year-old model was also recently selected as one of the competitors in the now famous South African TV series called Tropika Island of Treasure.

Reeva Steenkamp was in the first flush of romance with South Africa’s most famous sportsman and now famously came to her demise on Valentines day. It has shocked the public and his constantly increasing fan base that Oscar Pistorius is now sitting in jail charged with the murder of the beautiful talented 30 year old rising star.

Nike has been sponsoring Oscar for years and the spokesperson for Nike Seruscka Naidoo was tight-lipped about the impact of the killing at the Para-Olympian champion's Pretoria home yesterday. She said to the TV presenters and the AFP "We're not commenting on our sponsorship or relationship." Then she continued her brief statement with: "At this moment, it's a matter that's being investigated. We're not speaking about the sponsorship and the issue at hand here which is much bigger than a sponsorship. However they did pull their "I am the bullet in the chamber" ads shortly after hearing the news.

A 9mm pistol was recovered from the scene, and police have confirmed that the gun used in the shooting was registered to Pistorius. An uncofirmed report in a local newspaper cites that Pistorius shot his girlfriend four times through a bathroom door.

Early reports had stated that Oscar may have mistaken Reeva as an intruder, however that theory has been dismissed due to mutltiple acounts of neighbors reporting they had heard noises coming from the residence leading up to the shooting. There have also been acusations of previous "domestic" incidents at the house.

Today as Pistorus sat in the courtroom with his head buried in his hands weeping, it was a far cry from the glitz and glammour expected of the nation hero. As this story unfolds all we are left with is the dramatic tragedy and brutal event that has changed the lives of two very talented and gifted young people with one of these famous young lives accused of taking the other.