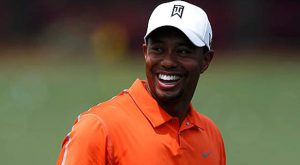 The 2013 edition of the Masters is underway and Australia’s Marc Leishman and England’s David Lynn have surprised the field early. Leishman made five birdies on the back nine to finish six-under at 66. Lynn birdied four of five holes around the turn and finished at 68. Tiger Woods, one of the tournament’s favorites, also got off to a strong start with birdies on the sixth and eighth holes to leave him just two strokes behind Lynn approaching the turn Thursday.

Woods, ranked No. 1 in the world and playing possibly the best golf of his career, has three wins so far this season but has not won a major tournament since the 2008 U.S. Open. This is Tiger’s 19th appearance in Augusta and with the quality of his putting this season, he could easily be collecting another Green Jacket.

Lynn, from England, was not on anyone’s radar going into play today, but with four birdies he finds himself at the top of the leaderboard for now. Lynn was the runner-up to Rory McIlroy, a Masters’ favorite, at last year’s PGA Championship. McIlroy has had a rough start to this season but is coming off a second place finish at the Valero Texas Open and should challenge Woods.

The other likely favorite is Phil Mickelson, who has won three Masters Championships the most recent in 2010. Mickelson has played in eight tournaments thus far in 2013 and has one win in the Waste Management Phoenix Open. He finished in the top ten in only one other tournament this year and even missed the cut at the Arnold Palmer Bay Hill tournament.

One of the early highlights was Jamie Donaldson’s ace on No. 6. Donaldson is only the fifth player to record a hole-in-one on the 180-yard hole known as Juniper. It was the first ace on the hole since Chris DiMarco achieved the same feat in 2004.