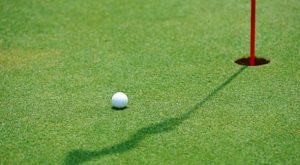 For the past 15 seasons one, and only one, NCAA Division III women’s golf team has been national champion – Methodist (N.C.) That streak came to a halt as Mary Hardin-Baylor (Texas) captured their first championship on Friday in Destin, Fla to end the longest active win streak of 15 straight NCAA titles.

Mary Hardin-Baylor had played bridesmaid the past four years as the runner-up to Methodist, which prior to their defeat, was the only team to ever win the Division III golf championship. In 2000 the NCAA began holding separate Division II and Division III championships for women’s golf. Methodist had won every tournament since.

The Methodist streak was the longest active winning streak in all of NCAA sports. That honor now falls upon Drury College (Mo.) which has won nine consecutive NCAA Division II men’s swimming championships. Neither streak comes close to the longest in NCAA history. That belongs to Kenyon College (Ohio) which won 31 straight NCAA Titles in Division III men’s swimming between 1979 and 2011.

So dominant was Methodist that during the streak their average margin of victory in the Division III tournament was 36 shots. This year’s champion, Mary Hardin-Baylor came with two shots in 2004 and DePauw (Ind.) finished six shots back last year. Those marked the only two times the margin was in the single digits. In 2007 Methodist won the NCAA title by an incredible 88 strokes.

In men’s play at the NCAA Division III tournament, Methodist finished in third place. They were 21 strokes behind the men’s champion, Texas-Tyler.