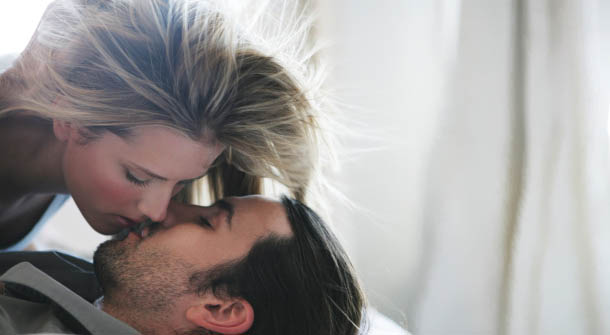 Back in the early 1980s a couple people wrote a book called The G Spot and since that time none of us have been able to stop talking about it. Does it exist? Is it really the key to more powerful and intense orgasms? Does every woman have one? Can every man locate it?

What is the G Spot and where is it?

Science says the G Spot, as it has been defined by pop culture simply doesn’t exist. There’s no “magic” area inside the vagina that is anatomically more sensitive or more receptive to pleasure than anywhere else. There’s the clitoris, which is external and indeed has more nerve endings than other parts of a woman’s genital region, but nothing similar exists internally. It’s simple human physiology.

Sensitive areas have more nerve endings per square inch than non-sensitive areas. Our fingertips are more sensitive than our elbows because of this very fact. So, the reality that science and medicine has never once discovered a cluster of nerve endings in a localized internal vaginal area should be a clue to all those intrepid G Spot searchers. And yet – the myth persists. There are women who swear by it... men too.

More likely, science says, these people have found a sexual position that allows them the most contact with the greatest number of nerves simultaneously. And because each person’s anatomy is slightly different there is bound to be some variation in positioning between one couple and another.

Likewise, because all human beings have a great deal of similarity in their sexual anatomy, it’s not unusual for there to be a great deal of agreement among different people about positions that are pleasurable. Interestingly enough, obsessing over the G Spot can actually have a negative impact on your sex life. Men feel inadequate that they’re not able to locate such a spot and women question themselves if they’re not able to reach that legendary level of climax.

Instead, try focusing on the moment... on each other. Let the experience itself be the adventure. Try reaching new levels of intimacy and trust instead of going on a fishing expedition. When you find something you like, stick with it for a while. Enjoy it. Trust it. Don’t question it. You might just find you don’t “need” the G Spot to participate in exceptional sex.