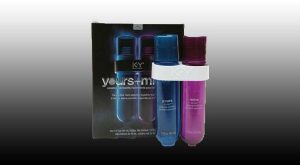 Usually marketed with clever names like Intense, Extreme, Ultra, Warming, Cool Sensations – specialty lubricants have a way of piquing our interest and our curiosity. And although the names often tell you what to expect sensation-wise, they don’t really tell you how they’re delivering that body response.

Warming – usually achieve their effect through sugar-based alcohols, capsaicin (the same “hot” ingredient in chili peppers), and some herbal components that release alcohol-like substances when combined with moisture or are raised to a temperature similar to body heat. Alcohols provide a very, very mild burn to the skin as cells are wiped away and new ones are exposed to air. It is very similar to the burn from taking a shot of whisky. Capsaicin compounds bind to the TRVP1 receptor in skin and tricks it into “feeling” the sensation of heat. It is important to point out that these compounds can cause very uncomfortable, even painful, reactions in some people. It is always best to text a small patch of skin on the wrist or stomach before using for intercourse.

Intense/Ultra – mainly work through enhancing sensory response. Niacin is most often the active agent used to do this. It increases blood flow to the area of application, which, in turn, activates more nerve endings. More engaged nerve endings – more pleasurable nerve response. Niacin may cause flushing (reddish appearance) on areas of application. This is usually temporary and doesn’t cause noticeable pain or discomfort.

Cool – almost invariably, work as a result of menthol, which binds to TRPM8 receptors in the skin to mimic a sensation of exposure to cold. Often derived from mint plants, menthol is an organic compound, and thusly, has fewer reported side effects although several people have sensitivities or allergies to the substance that result in rash or hives.