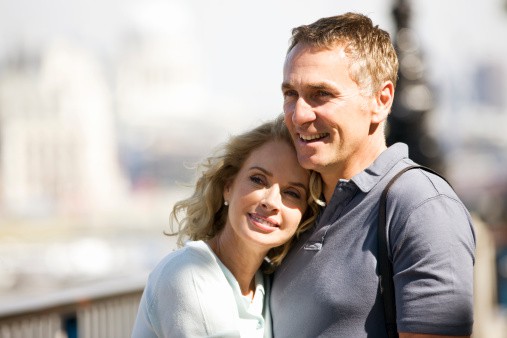 According to a study published in the Journal of Clinical Oncology their has been a link established between marriage and cancer survival. It was noted that married people have a 20% greater rate of surviving cancer than single, divorced or widowed individuals. That is a significant difference to consider. Even people who lived together without being married did not experience that high of a chance of surviving cancer. But what gives? Why is it so much better to be married than to be single when you are facing serious illness?

Link between marriage and cancer survival

As it turns out, marriage may not be the huge drag the world might make men think it is. Married couples care for each other and often aid in vital early detection of cancer. For example, as men we are not as inclined to take our health seriously. That lump on our scrotum could just be a pimple, but our wives might not believe our educated guess and force us to see the doctor. This enhances our likelihood of spotting cancer before it becomes life threatening. In fact, the aforementioned study also showed that it was men who have the advantage of beating cancer when married compared to women by a difference of 7%.

In addition to the physical nagging and early detection benefits of marriage, emotional support is also vital to beating cancer. Married people have each other to lean on no matter what the situation is. The bond between a woman and a man instills confidence and stability into each other’s psyche. They understand that they will have each other no matter what situation they face. When battling something as life changing as cancer it is vital to have emotional support to continue to move forward.

More likely to adhere to their therapy

Besides physical and emotional support, evidence proves that married couples are 70% more likely to stay with their therapy plan and to not skip on sessions. That close bond between two individuals allows them to draw on the strength of the other. Feeling loved and cared about is also very important to both sexes. Cancer patients who are anxious or depressed are more likely to miss doctor’s appointments and not respond as well to therapy than patients who are well mentally and emotionally. Once again, married couples are far less likely to suffer from depression or anxiety making their response to therapy much better than single people.

The bottom line is marriage can definitely help you survive cancer or any other life threatening disease. The fact is a relationship improves every aspect of life. So the next time your wife urges you to get your blood pressure checked out or to get your yearly screening, take her seriously and heed her advice. Or if you are single consider the advantages a committed relationship offers you both physically and mentally before you sign off marriage forever.