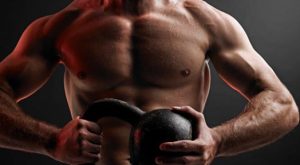 Individuals regardless of their race, nationality and size all share the same physiology and anatomy. However each person born of varying linages have been exposed to different conditions during their existence resulting in generational traits being handed down to descendants making each person develop a tolerance to some things and not the other. This existing difference within individual human beings is evident in their body composition, percentage of distributed fat tissue respective to muscle fibers, as well as the hormone levels of each person which often results in the exposure of different levels of training and intensity to achieve the desired goals of a bodybuilding or strength training routine. Thus a person must on occasion alternate the structure of their training program to effectively fit their needs for building muscle.

The human body like any other organic organism has its own consciousness and selective thoughts. As a result the body actively compensates during and after each training session and upon recuperation will respond in a positive manner to allow the individual to perform the next set of exercises using a less amount of effort than the first time.

This is generally referred to by many professional bodybuilders as the body's overcompensation and as such it has been observed that a proper and effective workout program can only be efficient if the training routing and exercises are routinely alternated to keep the body guessing, so to speak, allowing the individual to increase in strength and muscle development. Gradually using heavier weights for each exercise set is one way of providing the body with more of a challenge by increasing the intensity and frequency of the workout. This is observed for example during the basic training program by alternating exercise sets each week such as performing the bench press during week 1 with the use of dumbbells and on the alternating week using a set of barbells while increasing the weights used and the number of reps.

The human body discards anything it deems no longer in use. In the world of bodybuilding and strength training this is known as conditioning and is also applicable to muscular mass. Training for twelve years to achieve that perfect physique then suddenly disregarding that training once you have achieved your goal will undoubtably result in the loss of years of hard work and training as the body through lack of continued training will inevitably disregard all that was gained during your training sessions.

If the body realizes that you're training for an endurance event, it will reward you with the specific attributes respective to the endurance training, and not with traits reflecting training for strength and size. Many fitness professionals and athletes have found that by training specific muscles within their body has resulted in their increased performance respective of their sport. In professional boxing this is one of the core principles used by trainers of not to allow their athletes to increase their size too much as this increase in structure has often required the body to consume more oxygen than normal resulting in tiring of the athlete much quicker than desired. Thus the training routine designed for the typical boxer should focus on endurance and core strength rather than building size. For the typical bodybuilder however the training associated with this event will generally focus on building muscle mass and size rather than endurance.

Rest and relaxation are core principles in the art of bodybuilding and strength training. The General adaption syndrome stipulates that the athlete or training individual must occasionally lower the intensity of their workout to allow the body to adapt to the training. It is during this active recovery and adaption period the body's muscles will have the opportunity to repair themselves, each time increasing in size and density.

Performing the correct technique is essential in achieving the desired results form the strength training. Each exercise set must be performed with the proper technique to target the specific muscle groups exposing them to a variety of angles during each set of motions. It is imperative that you pay close attention to the required techniques of each exercise set to maximize the effect of your workout, minimize any possibility of injury and achieve your desired goals.