Best way to Get Six Pack Abs With These Exercises 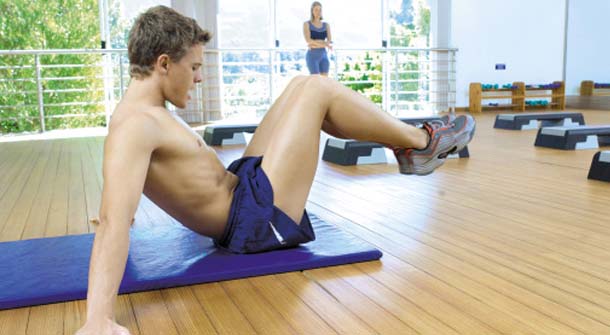 Getting six pack abs to show has now become a billion dollar industry because of the fact that people are able to convince the unsuspecting public that they are able to get abs by doing something special. six pack abs truth is that you cannot spot reduce and you cannot just lose fat on your stomach, fat-loss does not work like that. lest look at some six pack abs workout

best way to get those six pack abs

We will be briefly discussing the common myths that seem to sustain the gadgets and gimmicks that the public continue to purchase in order to see the six pack abs truth they always wanted. The simple truth is that if you did not already have a six pack you would not be able to stand up straight, we all have six pack abs only some of us can’t see it as it is covered in fat. If you workout you can get six pack abs

The biggest myth that has effectively managed to create a whole market around this myth that you can and will get abs by simply doing ab exercises. This is simply not true because you already have abs and the only reason why you cannot see them is because you have too much body-fat.

Can more crunches get visible abs?

What this means is that doing 1000 crunches a day and 1000 sit-ups a day will not get you to see your abs easier than you see them now. In fact it could actually make it worse. If you have a big tummy that is hiding your abs and you decide to start exercising by doing abs only then you will develop the abs muscles.

What then starts to happen is that the thickness of your abdominal cavity will slowly increase and you will push your stomach out even farther because of the fat that you have there. Developing the underlying abs without losing fat will not get you any closer to seeing your six-pack.