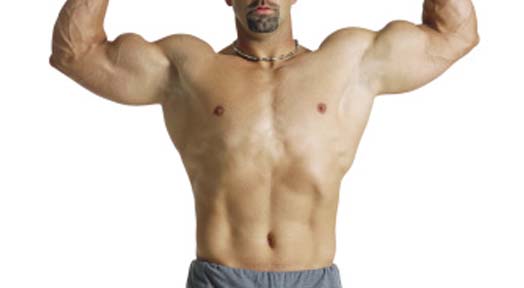 Bodybuilding professional Dan Gallapoo otherwise known as Doberman Dan is renown for his contradictory bodybuilding philosophy which primarily focusses on allowing hardgainers or regular guys who find it difficult to naturally gain muscles to achieve a lean type body mass. As a professional bodybuilder and trainer he has developed some highly successful strategies which have helped many hardgainers to achieve their set goals and muscle with hyper growth.

The Hyper Growth Muscle Mass Training is designed specifically to awaken the muscle tissues, to stimulate new growth by implementing what is commonly referred to as old school techniques dating back to what many professionals considered the Golden Era of bodybuilding prior to the availability of high tech machinery and performance enhanced muscle stimulants.

Basic principles of the training

In his program Dan begins by discussing the basic principles of the training, thus creating a solid foundation before a detailed introduction to the workout outlining his belief that muscle growth and core strength in an individual are constant if the workout allows the bodybuilder to train effectively at no more than 80 percent of their intensity level. This theory goes against many of the more popular philosophies within the fitness industry which often recognize the bodybuilder training at high levels of intensity or training to the point of failure commonly observed at many of the local gyms today.

This training will most likely yield favorable results as the program is such designed to drain the body of all anxiety and muscular energy while releasing the unnecessary metabolic effects resulting in the body completely drained of its natural reserves through reduced intensity and increased training workload. This allows the Hyper-Growth Muscle Training routine to facilitate the muscular growth and far burning without the side effects associated with traditional training programs.

Three of the key components of Hyper Growth Muscle Mass Training are Volume, Time and Technique and are underlined by a simple and effective concept of reducing the weight used by 25 percent, performing each set in reps of 10, avoid performing the exercise sets to the point of failure, schedule active rest periods of no more than 90 seconds between sets, and increase the number of sets for each training workout.

Weight reduction can be calculated by firstly determining the maximum set point or the maximum weight the body is able to lift completing between 8 to 10 reps in a given exercise. Thus is a person is able to successfully complete 10 reps using a 300 weight then that weight would be reduced by 25 percent performing between 5 to 8 exercise sets of 10 reps with rest periods of no more than 90 seconds between each set. Progression within the Hyper Growth Muscle Mass Training observes the individual reducing the allotted rest periods maintaining the principle that the sets are not performed to the point of failure.

Today there are a vast number of recognized and performed theories to assist bodybuilders and fitness professionals to maximize their muscle growth by using heavier weights, and increased volume training as opposed to using lighter weights recognizing more reps, the number of sets and the intensity of the training.

The Hyper Growth Muscle Mass Training offers the individual the precise number of workout sets within the routine to effectively stimulate muscle hypertrophy and growth. This feature is seldom offered by many of the traditional training programs used by bodybuilders and professionals who constantly find themselves unable to surpass their breakthrough point as they continue to perform the same training routines month after month.