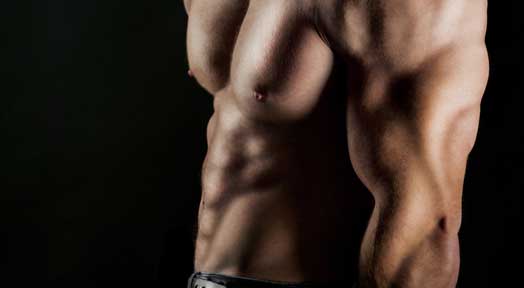 Training to build bulky, biceps and triceps has been one of the many fitness goals often set by many gym-goers. As such there are a number of workout programs ranging from performing multiple warm-up exercise sets followed by a single exercise set for targeting the triceps muscles, to performing 20 or more exercise sets. We will be introducing a variation of a high volume triceps workout you can effectively use to develop full and well toned triceps.

The workout you will be performing is a high volume, high intensity workout allowing you to target your triceps muscles and shock them to enhance their muscular build. The duration of this workout is such that it can be either combined with a biceps workout yet still intense enough to be performed as a single workout. During this workout you’ll be performing a high volume of forced and negative reps and as such you should always have a training partner.

Performing a high volume midrange Positions of Flexion compound movement for the first exercise of the workout offers two advantages. The first of which is, due to the nature of the exercise you will be able to increase the weights used during the exercise and secondly, you’ll stress your triceps muscles to fatigue allowing you to concentrate on the other positions of flexion later on in the workout.

When performing the close grip bench press always drive through the midrange of the exercise with your maximum power, keeping your elbows tight and close to your trunk while focusing on contracting your triceps muscles during each rep of the exercise. It is important that you do not lock your elbows at the top of each rep.

For the Close Grip Bench Press you will be performing seven exercise sets:

When performing this exercise your body should remain in an upright position for each rep. Try not to lean forward to engage your pectoral muscles. Concentrate on driving through the midrange of the exercise with your maximum effort while contracting your triceps with each rep. And remember not to lock out your elbows at the top of the rep.