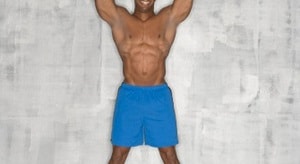 Professional bodybuilders and fitness enthusiasts are constantly finding new and innovative ways to structure their training for fat burning and muscle gain through a number of implemented strategies geared towards training efficiency in the shortest possible time often improving their skill and potential in their primary lifts with the coveted goal to build the perfect X-Shaped body.

The X-Shaped Body and other attractive traits

Now concerning the theory relating to physical attraction to the opposite sex, many professional weight lifters and even traditional beginners base learned that certain enhanced body dimensions are vitally important when observed from an evolutionary perspective. Admirable characteristics including, overall strength, efficiency and almost every other related attributes were often acknowledged and admired by the female gender throughout the course of history. Although social necessity has somewhat evolved throughout centuries, and no longer recognizes these characteristics as key to maintain a successful lifestyle, many people have still maintained the ancestral tradition of associating the perfect body with financial success.

What is an X-Shaped Body?

This trend has over time established a theory within society today that physically desirable traits when displayed in the presence of potentially qualifying mates are of vast importance to be used to gain increase popularity with the opposite sex. As such the X-Shaped physique observing the broad shoulders, narrowing waist and strong perfectly developed calves has been the goal of almost every professional bodybuilder, weight lifter and beginning enthusiast to improve their sex appeal and status.

How to build an X-Shaped Body

For the professional Bodybuilder and fitness enthusiast, developing that broad shoulder is generally achieved through a series of strength training focusing on core movements geared towards the maximum recruitment of targeted muscles for training. Training exercises including the push, press along with a number of isolated exercises to target the medial delts additionally increasing shoulder width with exercises such as lateral raises.

Achieving the narrowing waist however is as a direct result from the individual having a low level of body fat and. The muscle tissue located around the waist regions like any other muscle tissue within the body actively responds to any form of training by increasing in growth and strength. This has resulted in many heavy weighted professional bodybuilders not including rotational exercises within their training routines for the waist.

Building strong calves muscles unlike the shoulders and waist is one of the most difficult feats to accomplish when strength training and bodybuilding as the calves have been known to be highly resistant to training exercises, due to the fact that they are constantly being used on a daily basis making them almost impossible to overload. Additionally the Achilles tendon connecting the calf muscles to the foot behaves similar to a rubber band constantly transferring energy throughout the lifting and lowering motions of the calf exercises allowing the muscles to be less stressed, and doing a minor amount of work. This has resulted in many professional trainers implementing training programs designed to train the calves first by scheduling multiple calf sessions on a weekly basis including several variations of calf raises such as Calf raises with bands, Barbell seated calf raises and Donkey calf raises.

Professional fitness trainers when training bodybuilders suggest that when training the calves individuals begin the traditional standing calf raise pausing for a minimum of 8 seconds at the bottom of each rep and 5 seconds at the peak of the rep. This motion has been found to restrict the Achilles tendon from assisting in the energy transfer allowing the individual to overload the calves muscles to achieve rapid growth.